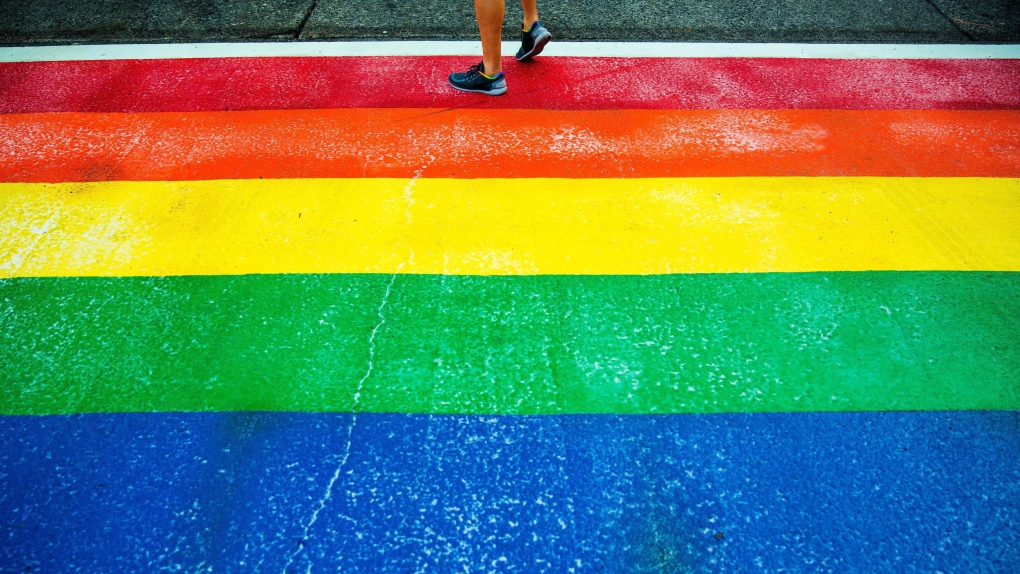 Just a month after Moncton, N.B., said it would not have any rainbow crosswalks this year, city council has voted unanimously to approve them. (Jordan Stead/seattlepi.com via AP)

MONCTON, N.B. -- Just a month after Moncton, N.B., said it would not have any rainbow crosswalks this year, city council has voted unanimously to approve them.

The motion was put forward by Coun. Shawn Crossman, who said the original decision by city staff to await a national report looking into the safety of the crossings was made without discussion by council.

"Council never had any conversations on the future of rainbow crosswalks in the downtown core. At that point I put together my motion," he said Tuesday.

"I thought it was important for council to have that discussion and make sure that council made that decision, not staff making that decision for us without our knowledge," he said.

Crossman said council wants to show it supports the LGBTQ+ community, and at least six rainbow crosswalks will be painted along Main Street in the coming days.

"The message that I hope it sends is that the City of Moncton is open to support that group, and we want them in our discussions. Moncton has always been a very supportive city," Crossman said.

Charles MacDougall, a co-ordinator with River of Pride, a Moncton area LGBTQ+ advocacy group, said it's a great day for the community.

"This is definitely a great sign that the councillors were eventually willing to listen to the LGBTQ2+ community and ready to listen to reason," MacDougall said. "This is totally logical and totally safe to paint rainbow crosswalks."

He said the original decision is another example of a bureaucratic system that does no favours for groups like his. "It's not a system set up to receive feedback or receive the ideas from the LGBTQ2+ community," he said.

As an original compromise, the city installed rainbow flags along Main Street, and MacDougall said he's pleased they will now have both the flags and the crosswalks.

The city had painted some crosswalks in 2017 to show support for people who identify as lesbian, gay, bisexual, transgender and queer but abandoned the practice last year, citing safety concerns.

A memo from New Brunswick's transportation department in March 2018 told municipalities it did not approve of rainbow crosswalks because they violated federal guidelines, but then-premier Brian Gallant immediately said that was incorrect and encouraged communities to "show their colours."

The Transportation Association of Canada is studying the safety of rainbow crosswalks, but the results of its study aren't expected until 2021.