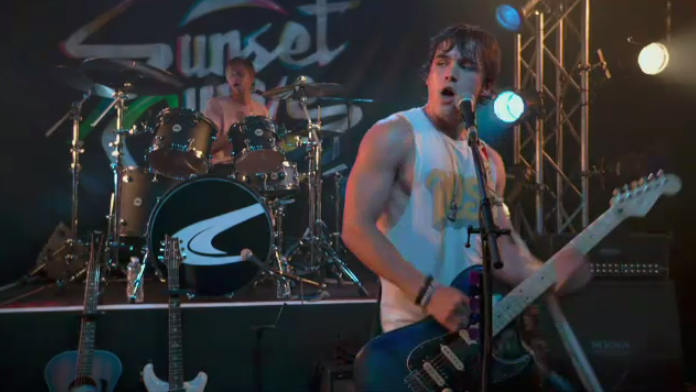 Charlie Gillespie, who plays the lead role in the new series, grew up in Dieppe, N.B. and acted at the Capitol Theatre in Moncton as a child. (Photo courtesy: Netflix)

HALIFAX -- A new Netflix show, which has taken the streaming service by storm, also has ties to the Maritimes

The series 'Julie and the Phantoms' started streaming on Netflix less than a week ago and the lead character is from New Brunswick.

The new show is already becoming the next big musical phenomenon.

"We have the number one soundtrack on iTunes right now," said Madison Reyes, who plays Julie in the show.

The series follows a girl named Julie with a passion for singing, who ends up befriending a musical group of ghosts.

"It's really just a story about them helping each other, you know, find their purpose and just, reaching their goals that they've always wanted to achieve, and kind of just dually helping them finish their unfinished business," said Reyes.

"We had the best time making it," said Gillespie. "We goofed around so much, like, it was crazy. It was just the most fun experience of my life."

The 15-song soundtrack for the series was performed entirely by Reyes, Gillespie, and their fellow cast mates.

"We both played music pretty much our entire lives but then Kenny and Netflix put us through a month-and-a-half work of intensive guitar lessons, piano lessons, drums, bass, vocals, dance, it was pretty crazy," said Gillespie.

"So we were extra, extra prepared."

Gillespie grew up in Dieppe, N.B. and acted at the Capitol Theatre in Moncton as a child.

Today, you can see Gillespie plastered on a billboard in New York City's Time Square.

"It's literally like, our billboards here and the ball drops… it blows you away," said Gillespie.

For Reyes, this is her first time playing in a professional role.

"It still shocks me that this was my first gig and I'm Julie, so, that's just crazy," said Reyes.

Gillespie says if you want it, you work for it.

"I think anybody with a passion strong enough will work their butts off to get to wherever they believe that they can get to," said Gillespie.

'Julie and the Phantoms' is a nine episode series, available to watch on Netflix now.