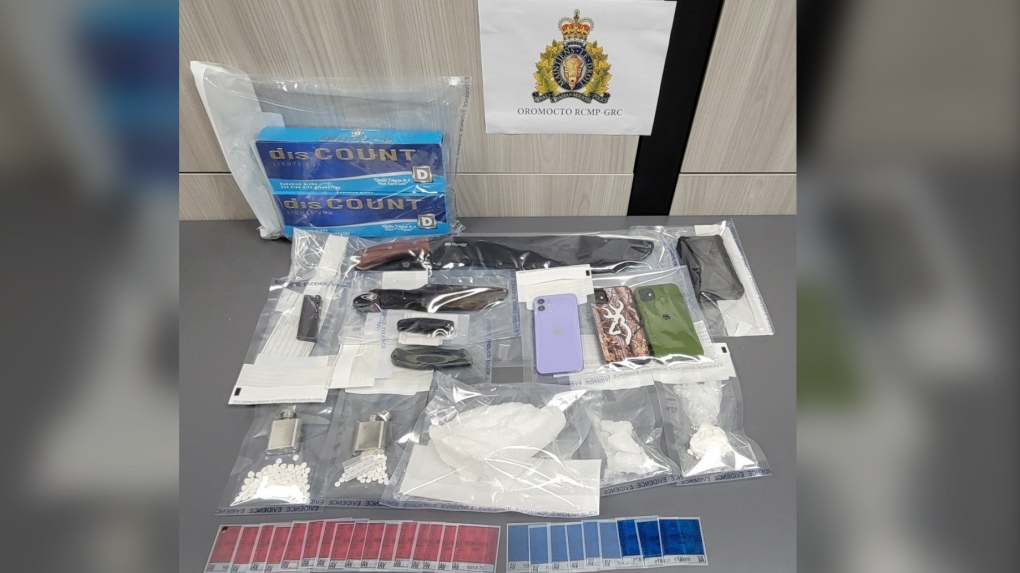 A 44-year-old man from Temperance Vale, N.B., is facing weapons and drug charges after being arrested in Geary.

Around 3 a.m. on Sept. 3, officers with the Oromocto RCMP detachment received a call reporting a suspicious vehicle stopped in the middle of the road on Route 7, near Geary. The driver and sole occupant of the vehicle, a 44-year-old man, was arrested at the scene.

Officers then conducted a search of the vehicle, and police said they seized what is believed to be methamphetamine, cocaine, and hydromorphone pills, as well as contraband cigarettes. Police also seized weapons, ammunition, counterfeit vehicle inspection stickers, and drug trafficking paraphernalia.

Later that day, Robert Wayne Waugh appeared in Fredericton provincial court via teleconference, where he was charged with:

Waugh was remanded into custody.

On Sept. 9, Waugh returned to court where additional charges were laid:

Waugh is scheduled to return to court on Sept. 29 for a plea hearing.