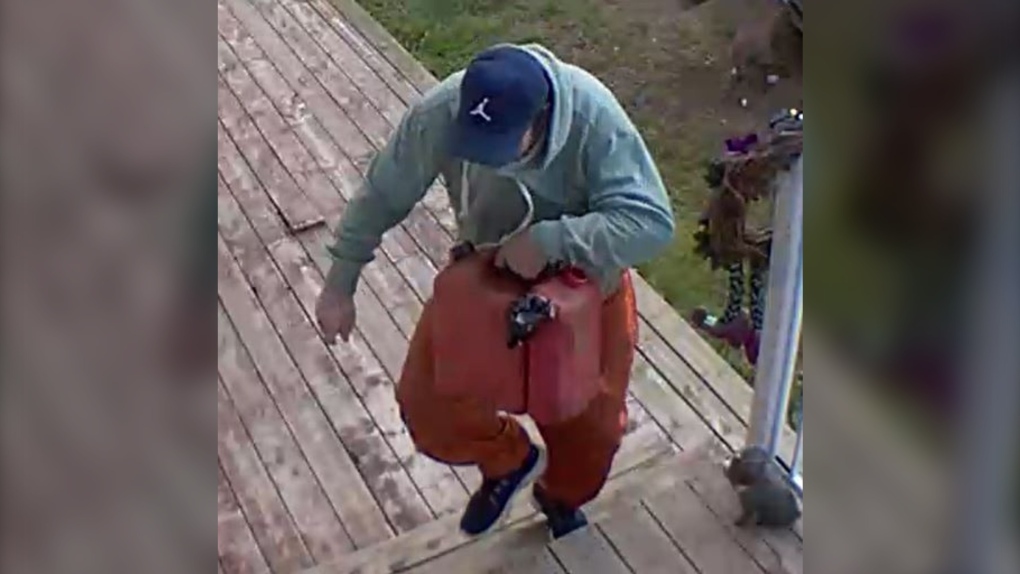 Police are looking for this man, considered a person of interest following a fire at a home in Memramcook, N.B. (New Brunswick RCMP)

The Sackville RCMP is looking for the public's help in identifying two persons of interest following an arson at a residence in Memramcook, N.B.

Sackville police and the Memramcook Fire Department responded to a fire at the home on Principale Street around 10 a.m. Wednesday.

Sackville RCMP says the fire had been intentionally set by two people who allegedly poured gasoline all over the house and lit it on fire.

Police say no one was home at the time of the incident.

Investigators have released photos taken from surveillance video in the hopes someone will recognize the two people suspected in the arson.

The first person is described as a male with a medium build, wearing a blue ball cap with a "Jordan" logo on the front, a light green hooded sweatshirt, orange pants, and dark sneakers.

The second individual is described as a female with a thin build, wearing a black hooded sweater, black pants, and white sneakers.

The New Brunswick Fire Marshal's office is assisting with the ongoing investigation.