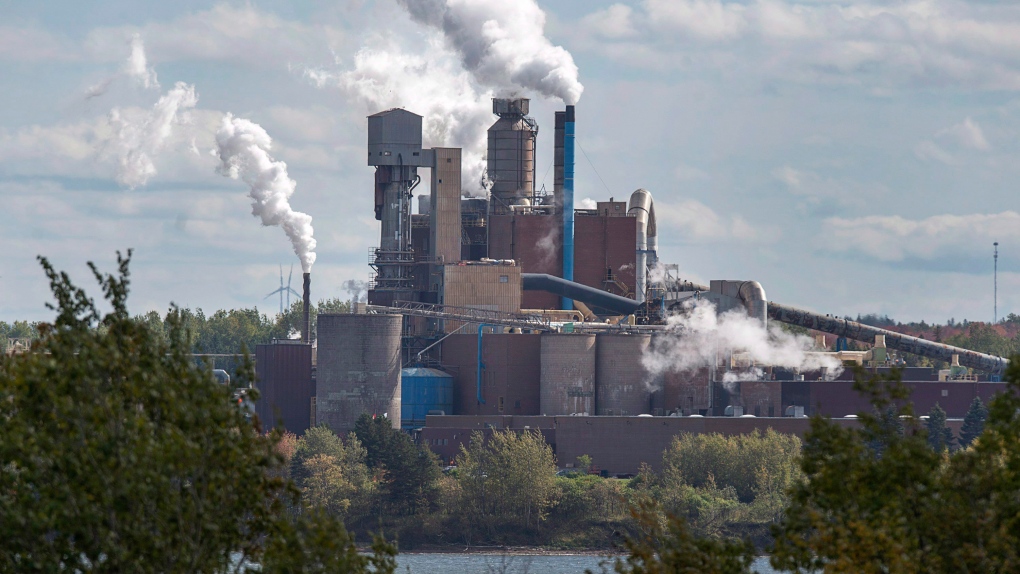 HALIFAX -- HALIFAX -- For pipefitter Ben Chisholm, an imminent decision on the future of a Nova Scotia pulp mill could keep tradespeople he represents employed for years -- or it could create frightening job losses.

"There's nothing to replace this, economy wise," the union leader said in an interview.

Like many other residents of northeastern Nova Scotia, Chisholm is anxiously awaiting word from politicians in Halifax and Ottawa on the contentious plan by Northern Pulp to pump 85 million litres of effluent a day into the Northumberland Strait.

"It's a two-year construction project .... It's a viable industry that wants to clean up the situation left by the previous owners," he said in an interview from his office in Antigonish.

Gordon Wilson, the province's environment minister, faces a Tuesday deadline for a decision on the company's followup proposal to ensure the 15-kilometre pipeline meets environmental standards. Ottawa has said it will indicate by Friday if federal authorities will conduct their own review.

The company owned by Paper Excellence has suggested it would close if its pipeline option is rejected. The multinational has also said it would cease operations without an extension of the Jan. 31, 2020 deadline to stop sending its effluent into a facility near the First Nation community of Pictou Landing.

The proposal has created divisions, with opponents such as Mi'kmaq fisherman Warren Francis arguing their futures are also at risk.

The 50-year-old resident of Pictou Landing First Nation said in an interview his community has waited his entire lifetime for the mill to close the treatment facility at Boat Harbour -- the polluted lagoon near their community which was once a source of food and recreation.

Francis, 50, said he hopes the province "keeps their promise, and the mill goes away."

Allan MacCarthy, a fisherman based in Pictou County, said fishermen remain convinced the effluent would pose a threat to lobster, crab, herring and other species in the strait over time. His protests landed him in court last year when a temporary injunction was imposed ordering him to stop blocking survey activities by the company.

"Until the minister announces it (the decision), there's not much we can do. We did everything we could up until this point," he said.

He notes that five federal departments made submissions to the provincial Environment Department during a public comment period on the so-called focus report by Northern Pulp. They were Environment Canada, Health Canada, the Department of Fisheries and Oceans, Transport Canada and Public Services and Procurement Canada.

In documents obtained by several media outlets, including The Canadian Press, the departments were largely critical of the focus report, saying it lacked necessary information and noting the province's 36-day comment period was not long enough for a detailed analysis of its more than 2,000-pages.

DFO said it identified a number of gaps in the mill's information, particularly on marine species, which it found to be "lacking and at times, factually inaccurate."

Even if an environmental approval is granted, it won't be the end of the battle, MacCarthy says. If Wilson gives the green light, then Premier Stephen McNeil must indicate if the deadline to stop pumping effluent into the lagoon will be extended.

"If the government decides to let them (Northern Pulp) stay in Boat Harbour until this is approved, it's going to be a very contentious issue," he said.

However, Robin Wilber, the chief executive of the Elmsdale Lumber Co. Ltd., says if the decisions result in the closure of the mill, it would be a major blow to the forestry industry.

"If we lose Northern Pulp, we lose a market for the poorer quality wood in the forest, and we lose good forestry practices," he said in an interview.

"But if the assessment does pass, even with conditions, it would be unbelievably important for Stephen McNeil to allow Northern Pulp time to complete this valuable project."

Whatever the result, the communities in the region have lasting damage to repair, said MacCarthy.

This report by The Canadian Press was first published Dec. 15, 2019.