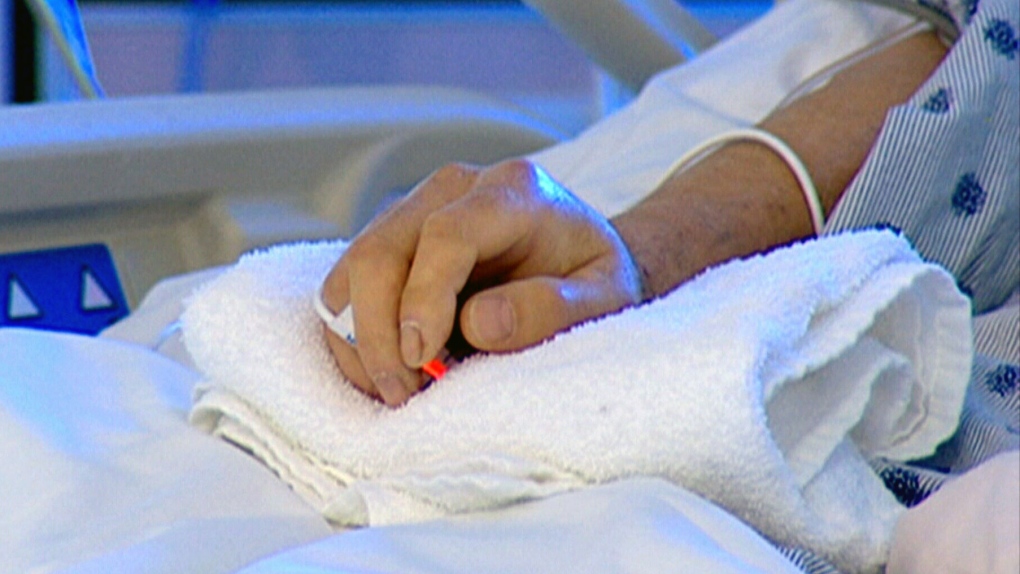 HALIFAX -- Proposed guidelines requiring two physicians to approve any request for doctor-assisted death will help Nova Scotia judges asked to rule on applications for the newly-legalized practice, says the head of the province's college of physicians and surgeons.

The college, which regulates the medical profession in Nova Scotia, is looking for feedback on a draft standard of practice that includes guidelines for doctors and patients if a doctor-assisted death is requested.

The proposed guidelines do not compel a doctor who objects to help a patient who chooses to end their life, although it's recommended they make an effective referral to another doctor. Barring that, doctors must provide information to patients so they can get help.

The standard also calls for two physicians to be involved in a patient's assessment for eligibility and that a psychiatrist be involved in cases where psychiatric or psychological conditions are involved.

College CEO Dr. Douglas Grant said it became apparent that guidelines were needed when neither Ottawa nor the provinces enacted legislation in the months following the Supreme Court of Canada's decision to strike down the ban on doctor assisted deaths last February.

That decision gave the federal government a year to come up with a new law -- a deadline that was recently extended by four months until June.

Grant said a working group was put together to look at a framework last year, with representation from the provincial Justice Department, Dalhousie University's health law institute, Doctors Nova Scotia, and the Nova Scotia Health Authority.

"We felt we didn't have the luxury of waiting to see if legislation would be put in place," said Grant.

He said the fear was the deadline would pass with no direction on how to pursue what the top court had determined was a new legal right.

With the Supreme Court now saying people can apply to provincial supreme courts for the right to die ahead of the new legislation, Grant believes the college's guidelines would provide judges with "guidance that might be of value."

"I would hope that this document could be a resource for the judge to enable this patient to receive assistance if all the other eligibility criteria have been met," he said.

Sheila Sperry, spokeswoman for the Nova Scotia chapter of Dying with Dignity Canada, generally applauds the draft standard which she describes as "well written."

"I think it could serve as a proper guide for anyone who makes a request right now before we actually do have something (a law) in place."

Sperry added that she doesn't believe there will be a rush to the courts in any event.

"It's not like buying an iPhone," she said. "People are not going to line up for an assisted death even when the law comes in."

Grant said an open question is how far new federal legislation will go and how much will be left for provinces and medical regulators to deal with.

With a new deadline looming, Nova Scotia Justice Minister Diana Whalen said her department would have to work with doctors and the Health Department to ensure that proper protocols are in place once Ottawa acts.

Whalen said the province would also like to align its efforts with its Atlantic counterparts to ensure there are similar rules in a region that is relatively small.

"We have to do it," she said. "It's a question of how we do it and still respect people who have strong opinions."