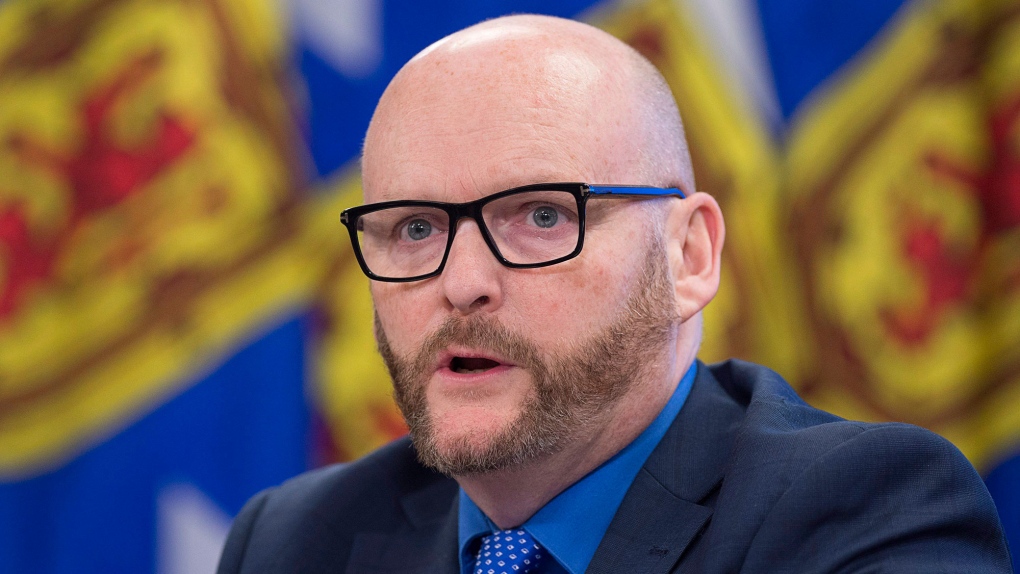 HALIFAX -- Nova Scotians should be concerned that the provincial government does not monitor many industrial projects to ensure they comply with their environmental terms, Auditor General Michael Pickup says.

In a report released Wednesday, Pickup said the Environment Department approved 53 of 54 project applications between 2013 and 2016.

He said his office examined 22 of those projects and found almost half of the 53 different terms and conditions he examined weren't met. He said that "increases the risk that the environment is not protected as planned."

The Environment Department is "failing" in this aspect of its oversight, Pickup told a news conference.

"If you are not checking to see if those terms and conditions are in fact met, how do you know that they have been met? Well you don't ... so I think Nova Scotians should be concerned."

The report also notes that the conditions for some projects lacked important details, such as deadlines for completion and reporting requirements.

It said the lack of clarity limited the department's ability to hold project owners accountable.

"This increases risk to the environment," says the report.

Pickup also found that neither the department nor project owners completed the required assessments for any of the projects that were examined. That left the department without the necessary information to ensure terms and conditions "were satisfied and environmental risks were properly managed," he said.

Mark Butler of the Halifax-based Ecology Action Centre said he knew there were problems around projects follow-ups, but he had no idea they were "so consistent or systematic."

"If you don't follow through on the conditions that are set, then what's the point at all, and how can people have confidence in this?" he said.

He said the auditor's findings raise questions for projects such as Lafarge Canada's plan to burn tires for energy at its cement plant in Brookfield. A local residents' group, Citizens Against Burning Tires, has challenged Lafarge's plan in court.

"The government often when they approve a project like Lafarge, they say look at the conditions, we are imposing tough conditions ... and now we hear they are not following through."

Butler also found it surprising that approvals had been granted to all but one project in the three years cited by the report.

"So basically that means the environmental assessment process, from my take, is that it's a rubber stamp," he said.

But Environment Minister Iain Rankin takes issue with that assertion, and any implications the environmental process is less than rigorous.

Rankin said there were more than 22,000 inspections over the last year alone.

"There may be issues with documenting every single time a given inspector visits a site, but we definitely take every term and condition very seriously and expect it to be completed," said Rankin.

The report pinpointed a lack of reporting to the department's electronic tracking system. An internal review in 2015 found that only 75 of the 276 environmental assessment approvals issued between 1989 and 2015 had been recorded in the system.

Pickup said the work simply wasn't being done, adding that in some cases where he did find information the department wasn't aware that it had it.

"That may have been news to people in the department that they had that information that they should have had and should have known they had."

Rankin said his department is taking action to improve its operations including a new computer system to help compliance staff track all approvals issued by the department, including environmental assessment approvals. He said it alerts inspectors on when to conduct inspections or audits and when certain project conditions are due to be completed.

He also said he's asked for random site visits as a way of strengthening enforcement.

"This report is new ... and I'll meet with senior staff to develop any other strategies that will help that process, particularly on documenting," he said.

In other areas covered in his report, Pickup says the province's last climate change risk plan was completed in 2005 and an update is needed because the risks may have changed.

As well, the report says the $130 million liability for the Boat Harbour contamination cleanup in Pictou County has grown by more than 10 times the original estimate of $12 million made in 2013.

Pickup notes costs to remediate contaminated sites may take years to finalize, leading to fiscal planning that can be "challenging." He said in the case of Boat Harbour, a comprehensive plan is to be developed over the next three to four years.

"There is a risk, probably a fairly significant one, that the $130 million is going to become something else as the level of contamination gets known," he said.

The report also notes that the auditor general's office had conducted three environmental audits over the last 10 years and that nearly half of the recommendations -- 20 of 43 -- had not been completed despite being accepted by the provincial government.