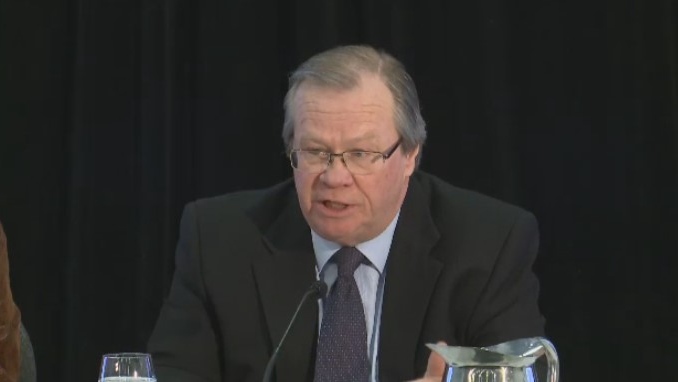 The New Brunswick government has tabled legislation to allow municipalities to use technology such as photo radar and red-light cameras.

FREDERICTON -- The New Brunswick government has tabled legislation to allow municipalities to use technology such as photo radar and red-light cameras.

The legislation would also enable the use of school bus cameras and automated licence plate readers to gather evidence of potential violations of the Motor Vehicle Act.

Justice Minister Hugh Flemming says it's impossible for police to be everywhere, and the use of technology can help.

Six provinces have legislation in place allowing the use of photo radar and red-light cameras.

Flemming says if a motorist is caught on camera violating a law, the evidence would be reviewed by a peace officer and a ticket would be sent by mail, accompanied by a photograph of the commission of the offence, to the registered owner of the vehicle.

The minister says the technology has the potential to make streets safer by acting as a deterrent to speeding and other driving violations.