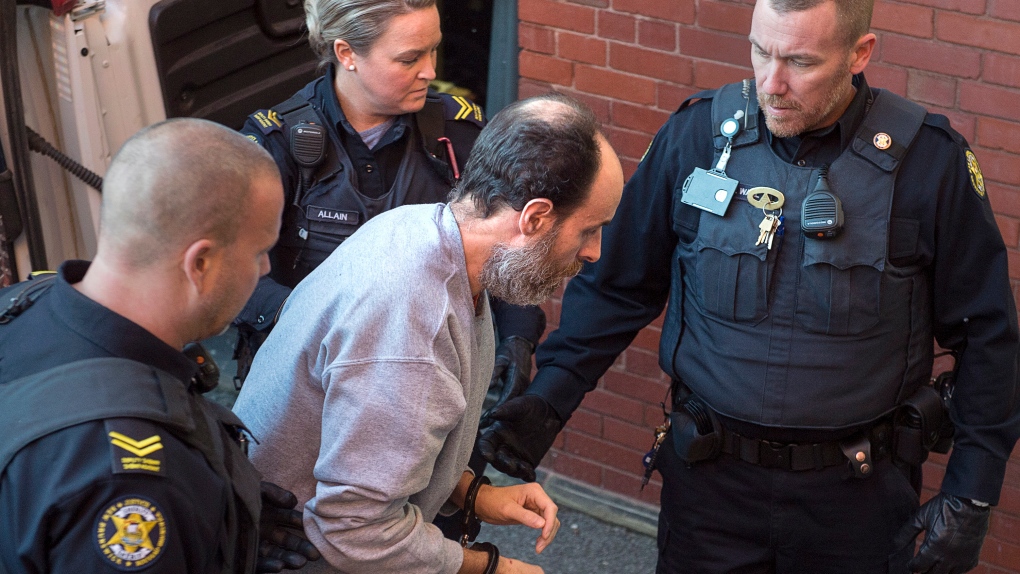 FREDERICTON -- A Fredericton man accused of murdering four people in an August shooting spree has been ordered to undergo a 60-day psychiatric assessment.

It will determine if Matthew Raymond can be found criminally responsible for the crimes he has been accused of.

He is charged with four counts of first-degree murder in the deaths of Fredericton police constables Sara Burns and Robb Costello, and civilians Donnie Robichaud and Bobbie Lee Wright.

Raymond was previously found fit to stand trial after a shorter assessment. Details of the arguments seeking the assessments are under a publication ban

Defence lawyer Alison Menard said Tuesday the longer assessment is to assess the mental state of an accused at the time of an alleged offence.

"Did they suffer from a mental disorder which would exempt them from responsibility?" she said outside court.

"In certain circumstances, people who suffer from a mental disorder can be found not criminally responsible because they are lacking the intent element of the offence because of the mental disorder."

Raymond is alleged to have fired from his apartment window with a long gun, killing the two civilians as they loaded a car for a trip on Aug. 10, and the two police officers as they responded to the scene.

Raymond has previously told a judge there is evidence that would allow him to be "exonerated" immediately because of temporary insanity.

As he has in previous court appearances, Raymond stood in court Tuesday, and complained to the judge about the jail-issued orange jumpsuit and orange sweatshirt he was wearing.

"I should be in casual clothes. I'm not supposed to be in orange at all," he said.

Raymond was also upset over documents he took from a file folder and waved in the air.

"It concerns these documents I should not have in my possession. There are photographs and evidence. Only the court should have these documents," he said.

The documents concerning the investigation are under a publication ban, but Raymond said guards where he's being held are able to see them.

He said a guard came into his cell in the middle of the night and was looking at the documents.

Former friends and acquaintances of Raymond have offered varying memories of the accused murderer, ranging from a boy who retreated into video games, a pleasant supermarket co-worker and an increasingly isolated loner in recent years.

Some business owners have described Raymond, who is in his late 40s, as becoming reclusive and occasionally unpleasant in the year before the alleged shootings.