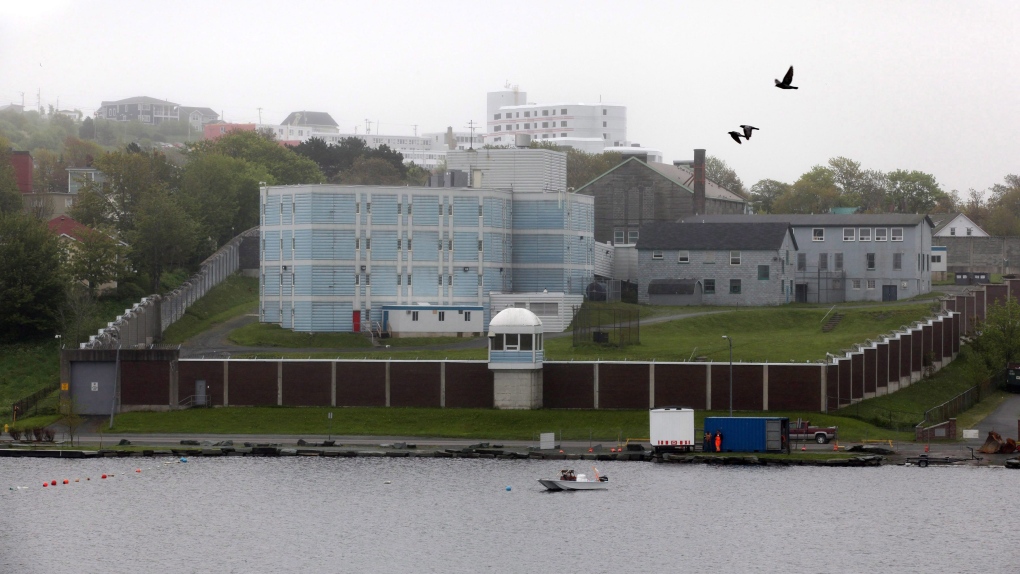 Newfoundland and Labrador is replacing its crumbling, Victorian-era jail in St. John's, but observers say the facility is not fit to house people in the meantime.

Emails obtained by The Canadian Press through access to information legislation show inmates and guards baked inside Her Majesty's Penitentiary last summer in temperatures that reached 28 C, and much higher when humidity was factored in.

Halifax lawyer Mike Dull said forcing inmates to endure days at temperatures that high arguably constitutes a violation of their Charter rights. "There are much lesser conditions that have been found to amount to cruel and unusual punishment," Dull said in a recent interview.

According to the emails, on the night of June 28, inmates held a protest and refused to return to their sweltering cells. Officials had to call the jail's emergency response team to intervene, Fred Cumby, the jail's assistant superintendent, wrote in a message to government officials the next morning.

"Somebody is going to get hurt or worse," Cumby wrote. "We need the heat fixed in this building."

Cumby's email was discussed by officials, one of whom asked whether an air conditioner could be replaced.

"I realize that we are not making large investments with a new facility coming, but we need to make certain conditions are appropriate for the next three to four years," wrote Cory Grandy, the province's deputy minister of transportation and infrastructure. "Temperatures will need to be managed."

But in July, a flurry of emails shows staff grappling with broken equipment to cool down the jail.

"Effectively immediately, given the current situation with our temperatures, and forecasted temperatures, there is a very good possibility of our clients experiencing high heat stress," Deanne Hobbes, a correctional officer, wrote on July 22. Other emails warn of heat and heat stress "hazards" for both inmates and guards.

Four days later, with staff still struggling with broken cooling systems and thermostats, Cumby recorded temperatures of 27 and 28 C in parts of the facility -- as high as 36 on the humidex scale.

Dull, who represents inmates in a class-action lawsuit against the Newfoundland and Labrador government about the use of solitary confinement at Her Majesty's Penitentiary, said a lack of funding is no excuse.

"To sacrifice people's human rights and personal integrity over budgetary concerns is inconsistent with the law in this country," he said. "It's inconsistent with the Charter, which demands that the government do better." Dull said people he's spoken to for the class action have described "really horrific" and "demeaning" conditions at the facility, including unbearable temperatures in both winter and summer.

The oldest part of Her Majesty's Penitentiary was built in 1859, and the facility is among the oldest operating correctional facilities in the country.

In July, a provincial Supreme Court judge slashed six months from an inmate's sentence because of the harsh conditions inside the jail. Justice Glen Noel's decision included descriptions of mould-covered floors and a "rodent infestation" inside the facility's ceilings and walls.

In a statement emailed Monday, the provincial Department of Justice said construction of a new facility is expected to begin next spring and be completed in about three years.

Cindy Murphy, executive director of the local John Howard Society, said she's optimistic about the new jail. "But we must do something in the meantime," she said in a recent interview. "We're looking at several years out before this is approved and eventually built." Murphy said she'd like to see less reliance on incarceration and more on community-based sentences.

Jerry Earle, president of the union representing correctional officers, said the conditions raise the question of whether people should be kept inside the facility at all.

"It heightens the tension if you have inmates that are in a confined space with these types of temperatures," he said, adding that the temperatures pose health and safety concerns for jail staff and inmates alike.

The province recognizes that "there are well known infrastructure issues that present a challenge" at Her Majesty's Penitentiary, the Department of Justice statement said.

"Our government recognizes the need to find alternatives to incarceration by looking for innovative ways to reduce the number of people imprisoned, to reduce the risk of reoffending and to ensure that justice is restored for everyone involved," spokesperson Emily-Jane Gillingham said.

The department has introduced measured including a drug treatment court pilot program, electronic monitoring and an adult diversion program in an effort to reduce incarceration, she said.

This report by The Canadian Press was first published Nov. 28, 2022.

Ottawa police and Bylaw Services are telling residents and visitors they will be taking a zero-tolerance approach to parking, noise and fireworks violations downtown this weekend, on the one-year anniversary of the 'Freedom Convoy' demonstration.