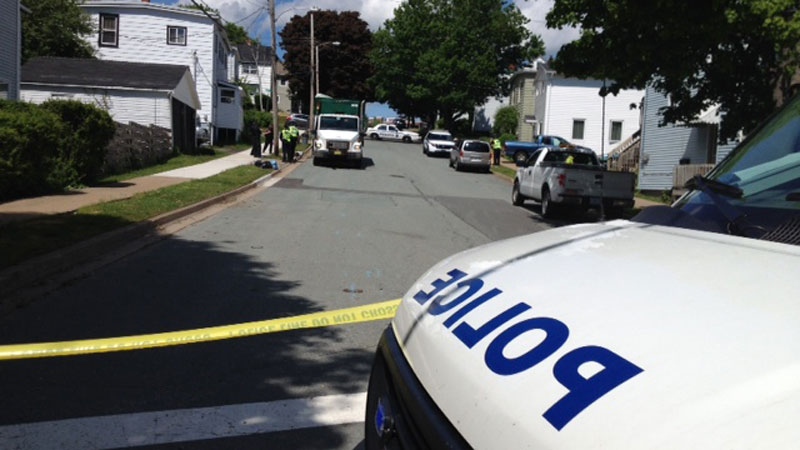 Police are investigating after an 83-year-old woman was hit by a garbage truck in Dartmouth. (CTV Atlantic)

Police say no charges will be laid after an elderly woman was run over by a garbage truck in Dartmouth Thursday afternoon.

Officers responded to Maynard Street at 2:10 p.m. They say the 83-year-old woman fell and ended up under the back wheels of the truck.

Witnesses say the woman was trying to throw something in the truck when she fell.

“I was out here painting and all of a sudden the truck, the garbage truck, ran over someone,” says Jessica Jerome, who witnessed the incident.

“I didn’t get to see who it was and apparently it was a woman and a guy was screaming ‘stop, stop, stop’ and the garbage truck was backing up into the person.”

The woman was taken to hospital with serious injuries. She remains in hospital in critical condition. Police say the injuries are confined to her lower body.

City officials say the truck is owned by Waste Management and is contracted by the city to pick up residential recycling.