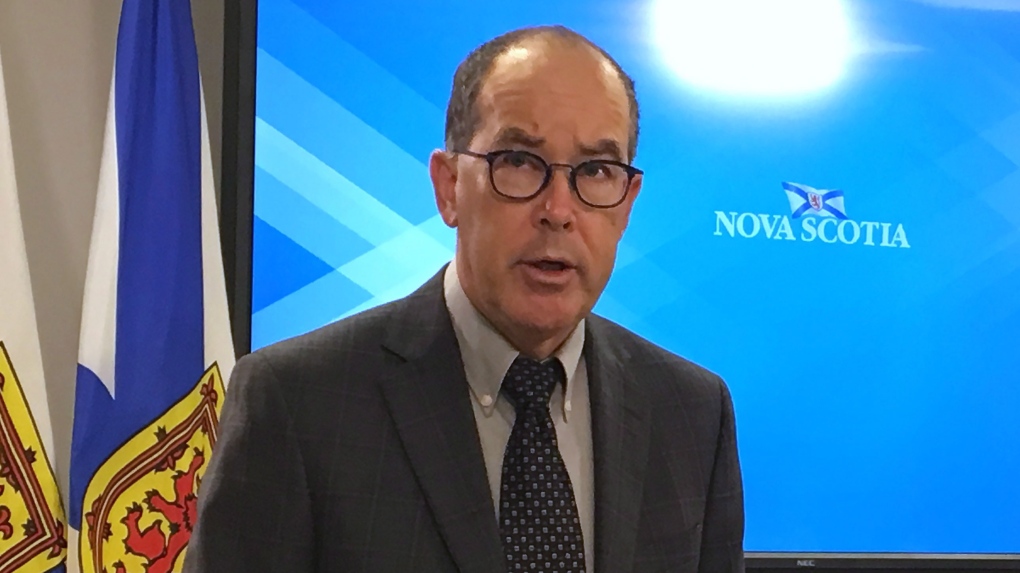 Dr. David Anderson, dean of medicine at Dalhousie University, speaks during a press conference in Halifax on Wednesday, Sept. 12, 2018. (THE CANADIAN PRESS/Michael Tutton)

HALIFAX -- Nova Scotia's government is providing funding for 15 additional specialists annually at Dalhousie University, with plans for most to be placed outside of Halifax.

The expansion will mean the annual number of spaces at the province's medical school will grow to 65, with the residents to spend up to five years training in their specialty.

The program is aiming to add the positions beginning in July.

Health Minister Randy Delorey said the expansion will provide service in communities in need of specialties such as youth psychiatry, palliative medicine and internal medicine.

"This addresses the treatment and delivery of specialized services. This helps manage workload for specialists in each of the disciplines," he said.

He estimated that up to 75 per cent of doctors in residency programs in Nova Scotia tend to stay in the province.

He estimated the annual cost at $1.5 million, noting the funding will fulfil a Liberal campaign pledge.

Delorey said the decision wasn't based on the risk that Saudi Arabian residents and specialists based in Nova Scotia may be recalled by the Saudi government over a diplomatic dispute with Canada.

That possibility arose last month, as the Saudis responded to the Canadian government's criticisms of its human rights record.

The specialist program for Dalhousie has been in planning for over a year.

Still, Delorey said if the Saudi Arabian government requires about 60 students who are in residency positions in Nova Scotia to return to their homeland, the new positions approved Wednesday will be helpful.

"Certainly our ... work and recognition of establishing these residency positions puts us in a better position when it comes to potential departures of Saudi residencies," he said.

Dr. David Anderson, the dean of medicine at Dalhousie, said he believes the increase will have a "positive and sustained impact" on specialist shortages, as it's expected within five years it will add up to 75 residents around the province.

He said the plan is to arrange for the majority of the training at smaller centres outside of the major hospitals in Halifax.

Dr. Tim Holland, the president of Doctors Nova Scotia, said the announcement is a major benefit to patients around the province.

"Residents are front-line doctors and deliver a lot of important care," he said.

Holland said studies show most will stay in the province: "Where you train often indicates where you will end up practising."