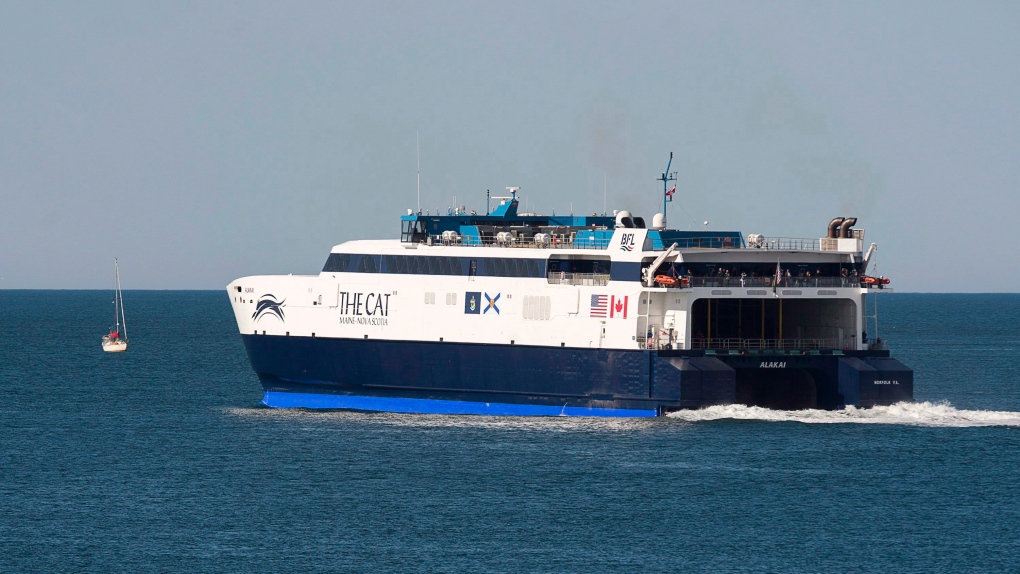 The CAT, a high-speed passenger ferry, departs Yarmouth, N.S. heading to Portland, Maine on its first scheduled trip on Wednesday, June 15, 2016. The vessel, expected to boost tourism in Nova Scotia, is chartered by Bay Ferries Ltd. from the U.S. Navyâ€šÃ„Ã´s Military Sealift Command and is crewed by Americans. THE CANADIAN PRESS/Andrew Vaughan

HALIFAX -- Nova Scotia's premier defended the provincial subsidy for the ferry service between Yarmouth and Maine on Thursday, despite operations being cancelled for the third consecutive year.

Stephen McNeil told reporters following a cabinet meeting that while he wishes the ferry link could have been subsidized for less money, the service will be sustainable over the long run.

He said the ferry remains important for the tourism industry in southwestern Nova Scotia.

"We need to have some confidence out there in the tourism and business sector that it will be there for the long haul," said McNeil. "Once we get a number of seasons where that vessel is sailing in a row, we will see that provincial subsidy come down."

McNeil, who is stepping down as premier and Liberal leader following a convention in Halifax this weekend, said it's his hope that future governments will remain committed to the ferry.

"This is our international connection," he said.

The province announced Monday that it was cancelling the 2021 sailing season because of the "ongoing uncertainty" around the COVID-19 pandemic.

The 2020 season was also cancelled because of COVID-19 concerns, and the 2019 season was shelved when operator Bay Ferries was unable to complete construction at the Bar Harbor terminal to meet U.S. customs specifications.

The province budgeted $16.3 million for last year's sailing season and there's no word yet on what the fixed costs will be for this year.

Nova Scotia has a contract with Bay Ferries through the 2025 operating season.

This report by The Canadian Press was first published Feb. 4, 2021.