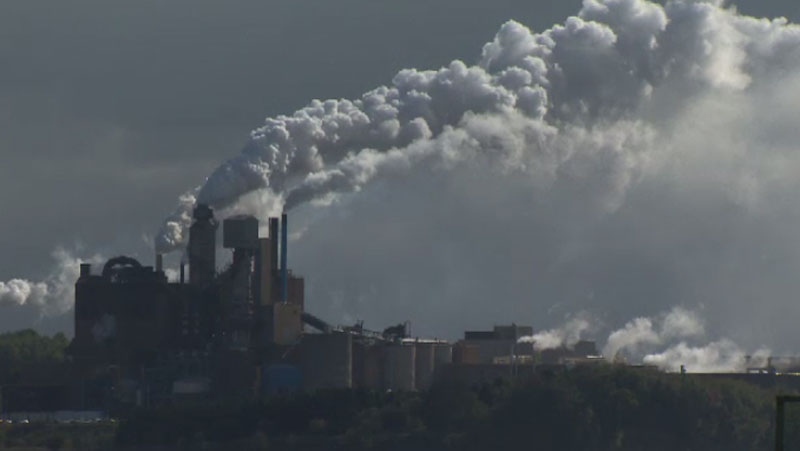 ABERCROMBIE POINT, N.S. -- A pulp mill in Nova Scotia has been charged under the federal Fisheries Act following Environment Canada's investigation of an effluent leak in June 2014.

A spokeswoman for the Northern Pulp mill near Pictou says the department has accused the company of unlawfully depositing pulp and paper effluent into the East River, which empties into Pictou harbour.

Kathy Cloutier issued a statement Wednesday saying the department's enforcement branch issued a summons Aug. 27 and the case has been adjourned until Nov. 30.

The pipeline that leaked last year has been inspected and repaired, the statement said.

The pipe carries wastewater from the mill to a treatment facility in Boat Harbour.

In April, the provincial government tabled legislation to close the facility by January 2020. The government's pledge ended a blockade that went up after the leak was found.

The Pictou Landing First Nation has long alleged that effluent from the mill has polluted the Boat Harbour area.

The government says $52.3 million has been budgeted for remediation of the site.

In January, the government issued a new five-year industrial permit that calls for tighter restrictions on emissions and water consumption.

Environment Minister Randy Delorey has said the permit responds to concerns raised by residents of Pictou County, some of whom have complained for years about the stench coming from the mill at Abercrombie Point.

In August, the government said the latest tests showed that emissions were below legal limits, a marked improvement over the mill's previous results in April.