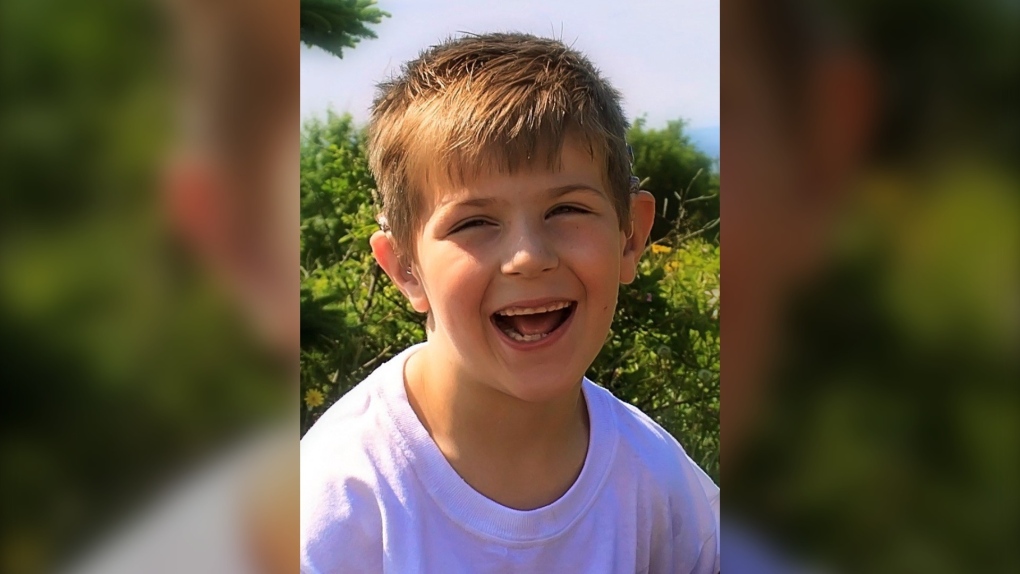 Eight-year-old Carter Churchill’s family is taking the Newfoundland and Labrador English School District to a formal human rights hearing, saying their deaf son is not offered an equal education to other children. (THE CANADIAN PRESS/HO-Churchill Family)

ST. JOHN'S, N.L. -- The parents of a deaf boy are seeking a formal human rights hearing in Newfoundland and Labrador on the grounds that their son is not receiving the same quality of education as his peers.

Carter Churchill, 8, of Portugal Cove-St. Philip's, N.L., is set to start Grade 3 in September without a teacher in place who is fluent in American Sign Language.

"From the get-go, Carter has been falling through the cracks," his father Todd Churchill said in an interview.

Newfoundland and Labrador's only school for the deaf closed in 2010, with the province's then-education minister saying no new students had enrolled that year.

In the years since, Churchill said, resources have dwindled. Former teachers from the school who continued teaching deaf children at other schools are reaching retirement, he said, including a teacher who worked with Carter for the last few years.

When he began kindergarten, Carter sat through lessons that were incomprehensible to him, and his father says the young boy still experiences social isolation at school, spending all day with peers he can't talk to.

Churchill said his son's school experience is a constant source of a stress, and each year there is no guarantee he will have a teacher who can communicate with him.

"It's extremely frustrating and stressful," the father said. "For something as vitally important as your child's education, it's a burden that you constantly carry."

Churchill says he is hopeful a hearing before the Newfoundland and Labrador Human Rights Commission will result in a decision that could help protect other deaf children's rights to education.

"For us, the stakes are massively huge, in terms of not only our child, but other children across the country," he said.

The Newfoundland and Labrador English School District, a respondent in the complaint along with the province's Education Department, said it respects the process and will continue to engage with the commission.

The family first filed a human rights complaint in 2017, which led to mediation efforts, but Churchill said discussions with the school district ended Aug. 9 without an agreement. The school district confirmed in a statement that no further mediation is planned.

A position for a new itinerant teacher specializing in education for deaf students was posted Wednesday, according to two job websites, which Churchill said leaves little time to have the person in place by September.

Churchill said the fight for educational supports has been costly, but he believes it will benefit all deaf children in Canada. A GoFundMe campaign has been launched with a goal of $50,000 in anticipation of legal fees for the human rights case.