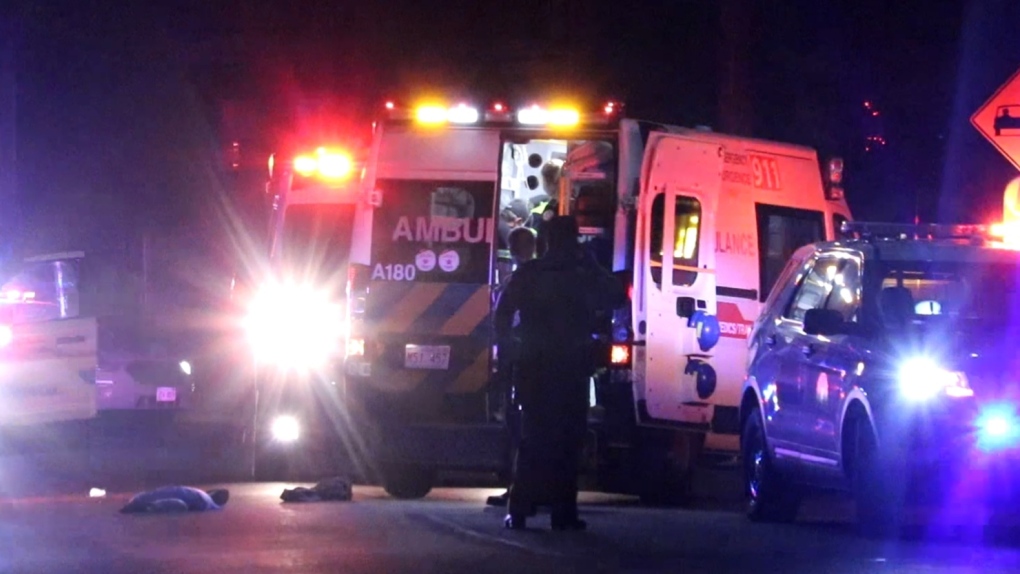 Mounties and paramedics responded to a shooting incident in Moncton on May 21, 2020. (COURTESY WADE PERRY)

HALIFAX -- There was a heavy police presence on Gordon Street in Moncton, N.B, shortly after 9 p.m. Thursday.

Witnesses say RCMP members, including the canine unit, were on scene and officers could be seen running with weapons drawn.

Two ambulances responded, but police have not confirmed any details about anyone being injured.

The part of Gordon Street near Bonacord and Highfield streets was closed as police investigated.

Codiac RCMP are investigating, but have not yet responded to inquiries.