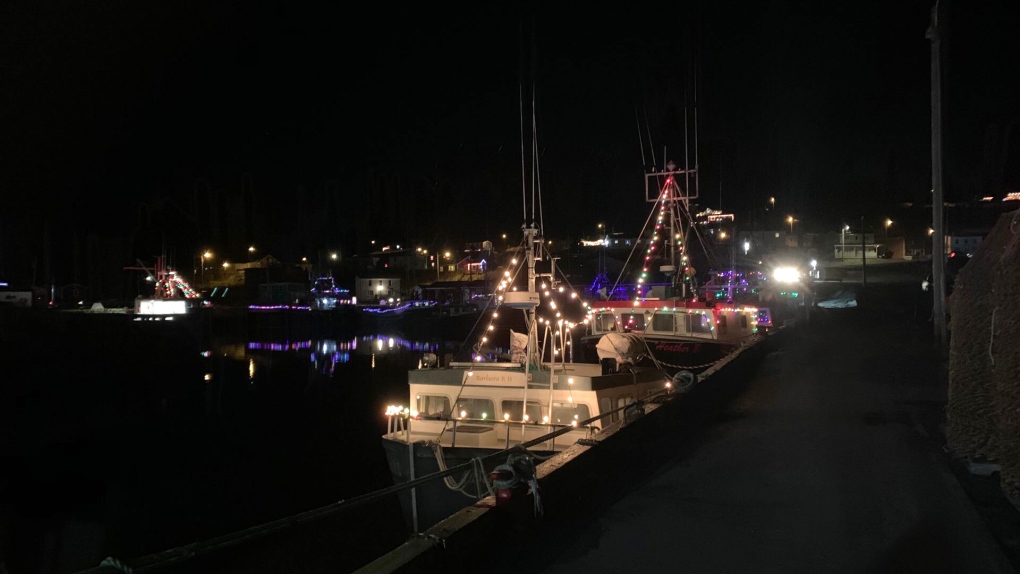 Each year, the boats in the harbour in Branch, N.L., as shown here are lit up in honour of fishers and the risks they take to feed their families. During this year's lighting ceremony on Sunday, the town held a moment of silence for the six crewmen on board the Chief William Saulis, lost in Bay of Fundy off Nova Scotia last week. THE CANADIAN PRESS/HO-Kelly Power

The Mounties say its Underwater Recovery Team won't be able to search today in the efforts to find the Chief William Saulis, a scallop dragger that went missing last week off of Delaps Cove.

Authorities say search efforts will resume after the holidays on Monday.

RCMP Air Services say they searched about 100 kilometres of coastline yesterday from Digby Gut to Harbourville by helicopter but officials didn't locate any of the fishermen or debris from the ship.

Nova Scotia RCMP is planning to team up with the Canadian Coast Guard to create a platform to assist in the recovery, which will include sonar exploration.

The body of one of the fishermen was found last week after the search was first launched.

This report by The Canadian Press was first published Dec. 25, 2020.