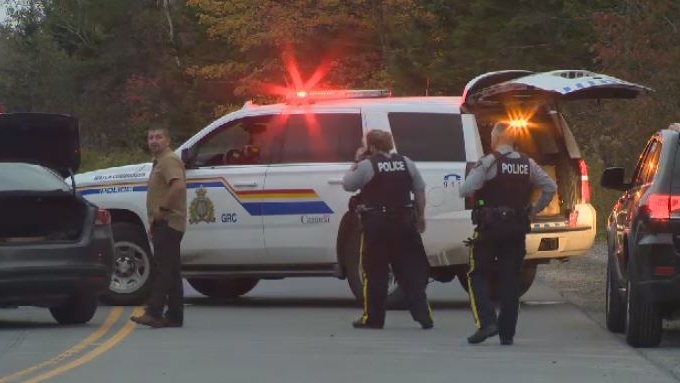 The RCMP respond to a threats complaint on Caldwell Road in Eastern Passage, N.S., on Oct. 7, 2019.

The RCMP responded to the threats complaint on Caldwell Road around 4 p.m. Monday.

Police say the alleged incident involved a man and a woman who are known to one another.

The man, an off-duty officer with the Halifax Regional Police, was arrested nearby. Police say the woman wasn’t with the man at the time.

The man's name has not been released. There is no word on possible charges at this time.

The case has been turned over to the Serious Incident Response Team, which is responsible for investigating all serious incidents involving police in Nova Scotia, including allegations of domestic violence.

Caldwell Road was closed between Hines Road and Hornes Road for several hours Monday while police were on scene. It reopened after 8 p.m