Snowstorm on the way, with Nova Scotia expected to get most of it

HALIFAX -- An elongated area of low pressure off the southeastern U.S. seaboard will become more organized and move first south, then east of the Atlantic coastline of Nova Scotia Friday night and Saturday.

The track of the system is expected to take it just outside Sable Island, which is ideal for a straight-up snowfall event for Nova Scotia with little mixing in of ice pellets and no freezing rain or rain. Prince Edward Island as well as the southern area of New Brunswick are also likely to see some snow for the system.

The first of the snow will reach southwestern Nova Scotia and parts of the southwestern coastline of New Brunswick on Friday at approximately 8 p.m. There is a chance of flurries preceding the snow for this part of the Maritimes. 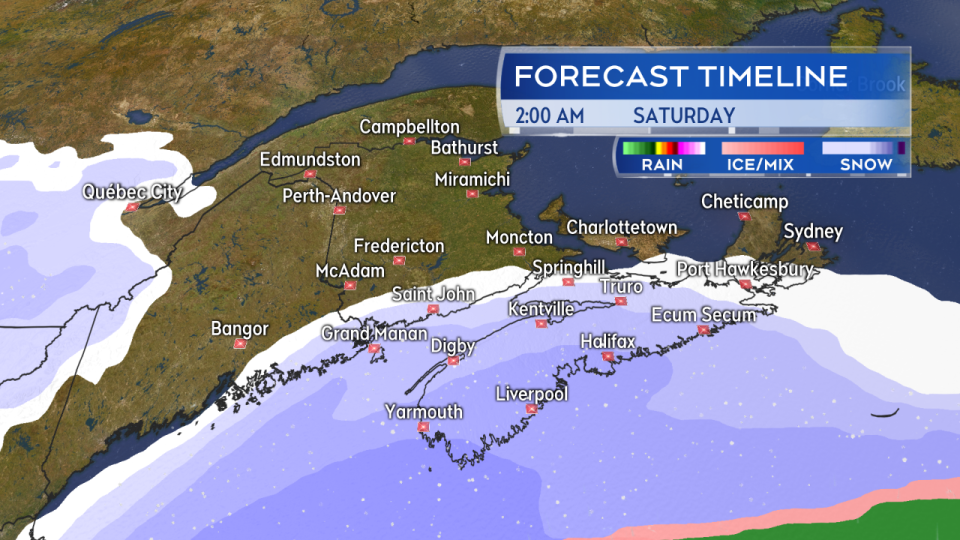 It's a fast moving system, so by 2 a.m. Saturday, snow is expected to be falling across mainland Nova Scotia and in southern New Brunswick. Snow should develop for Prince Edward Island and Cape Breton between 4 a.m. and 6 a.m. on Saturday.

Snow continues through Saturday morning before clearing, southwest to northeast, from Saturday afternoon through evening. 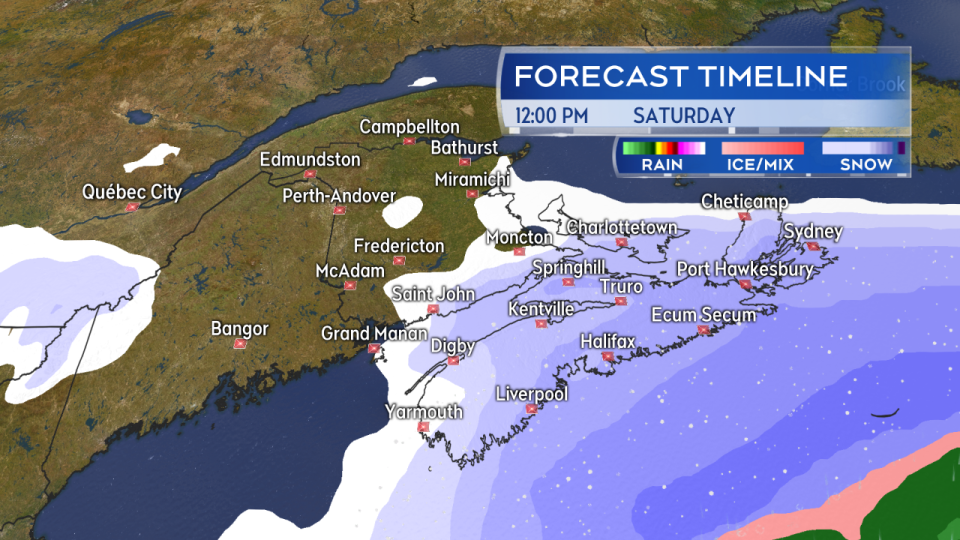 Ten to 20 centimetres of snow is forecast for western and near Atlantic coastal areas of Nova Scotia. The remainder of the province should expect 5 to 10 cm. Lower snowfall amounts ranging from trace in flurries up to 2 to 5 cm for Prince Edward Island and southern New Brunswick.

North to northeast winds will accompany the snowfall with gusts 20 to 50 km/h. While not a severe wind, it is enough to get the falling snow blowing around a little, reducing visibility. 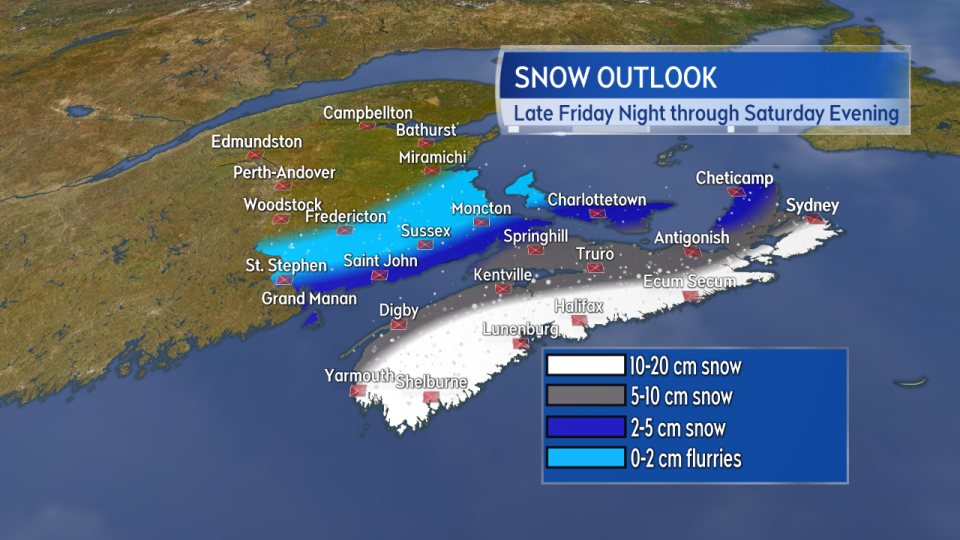 The highest snow potential is near the Atlantic coastline of Nova Scotia. Lower snow amounts moving north and west.

There was good agreement on Thursday between most computer forecast models, but they had previously shown some shifting west to east with the system. A movement westward with the expected position of the system would raise snowfall amounts in the Maritimes. It would be a good idea to continue to check in on your forecast heading into Saturday.