The disappearing salmon of the Miramichi River: New search for answers launched 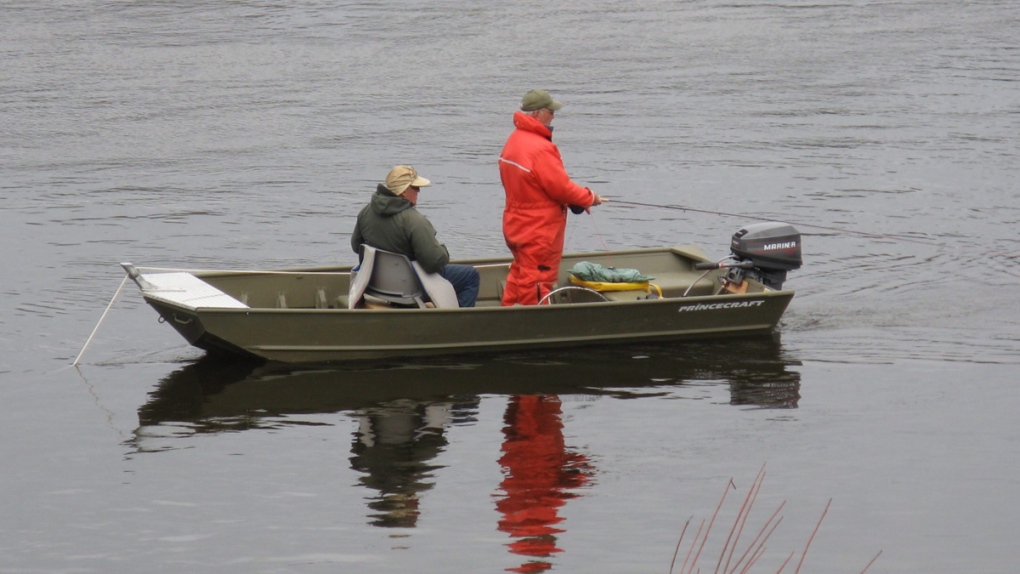 A fisherman casts his line in the Miramichi River, in front of the Atlantic Salmon Museum in Doaktown, N.B. (Kevin Bissett / THE CANADIAN PRESS)

FREDERICTON -- New Brunswick's famous Miramichi River was once the largest salmon-producing river in North America, drawing the famous and the powerful keen to fly fish there.

But the number of salmon are dropping at an alarming rate -- they are now a fraction of what they were in the 90s -- and scientists are not entirely sure why.

"If I had one answer, I think that would make a lot of people happy," said Tommi Linnansaari, the new Atlantic Salmon Research chair at the University of New Brunswick.

UNB announced Friday it is undertaking four research projects to get accurate salmon population numbers -- and to understand how those numbers are affected by climate change.

"The things that will be learned there are applicable globally. This is one of the great strengths of what we're doing," said Fred Whoriskey, chairman of the Canadian Rivers Institute management board.

Whoriskey said the salmon numbers are at the lowest levels he has ever seen in the Miramichi.

According to figures from the Department of Fisheries and Ocean, the river's salmon population has declined by 26 per cent over the last 12 years.

He said while the numbers fluctuate from year to year, it's alarming when you see years like 2014 when the salmon in the Miramichi only met 22 per cent of what they were hoping to see to maintain conservation of the salmon.

Currently, Atlantic salmon fishing in the Miramichi is restricted to fly fishing only and all large salmon caught must be released alive to protect the spawning population. There is also a First Nations food fishery for salmon.

Whoriskey said the decline can be blamed on everything from warming water temperatures to predator fish like striped bass. He said it's hoped the research in New Brunswick can help Atlantic salmon populations in Europe, in Newfoundland, Quebec and elsewhere.

He said globally the numbers are even more disturbing -- noting the size of salmon runs across North America last year were down 30 to 50 per cent from the year before.

"Global warming is the gorilla in the room. Temperatures are changing faster than the species has had to evolve and adapt to in past history. We are riding this one and it is a wild ride indeed," he said.

Just this week, the Atlantic Salmon Federation announced that for the first time since it began monitoring New Brunswick's Magaguadavic River in 1992, no wild salmon had returned from the sea. Despite a stocking program going back to 2002, the Fisheries Department said the population had been dropping steadily since estimating it at 900 wild salmon in 1983.

Linnansaari said while salmon is still a common fish in the Miramichi, the time to act is now.

"When you get populations in very significant decline you start talking about losing the genetic variability. Recovery becomes harder the further down you go," he said.

UNB has received $1.3 million in funding for the chair and four research projects.

One project will try to boost the number of juveniles by introducing adults that have been reared in captivity then released back into the river system to spawn, and doing this on a scale that's not been done before.

Another project will use sonar to collect population numbers.

Whoriskey said they don't know if their efforts will help, but the future would be grim if they did nothing.

"The worst case scenario: we would lose the salmon of the Miramichi River. You would still see some distribution in more northern areas where it is cooler and there is less human impact, but the immediate concern is, what can we do for New Brunswick to try to maintain this iconic species?" he said.

"Miramichi is absolutely ground zero for New Brunswick's population of Atlantic salmon. The industry and the socio-economics of salmon are critically important to the province."