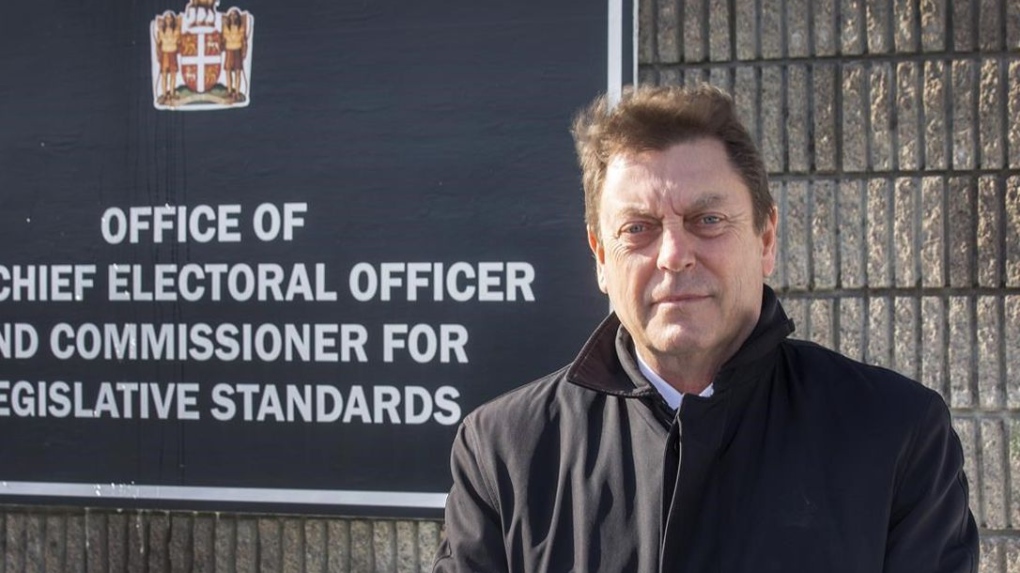 As the man overseeing a general election amid a global pandemic and a sudden COVID-19 outbreak, Bruce Chaulk has effectively dismantled and rebuilt Newfoundland and Labrador's provincial vote several times over in a matter of days. (Photo via The Canadian Press)

This isn't the first time Newfoundland and Labrador's chief electoral officer has been at the centre of a political firestorm, but this one could make history.

As the man overseeing a general election amid a global pandemic and a sudden COVID-19 outbreak, Bruce Chaulk has effectively dismantled and rebuilt the provincial vote several times over in a matter of days.

Last Friday, he took the unprecedented step of cancelling in-person voting and moving to all mail-in ballots, prolonging the election by at least three weeks. And with party leaders, candidates, political scientists and lawyers debating whether the election results will ultimately wind up in court, Chaulk's performance is under intense scrutiny.

In an interview Wednesday, Chaulk said he's doing his best to ignore the attention and stay focused. "I know what I'm doing. I know what the law says," he said, adding: "I just had to tell my elderly mother not to pay attention to the news. She gets quite upset by it."

Chaulk is an accountant by trade, and he's also the province's commissioner for legislative standards.

That role put him at the centre of a harassment and bullying scandal that rocked the provincial legislature in 2018 and dragged on for about a year. Chaulk was in charge of investigating the allegations, and he got a foretaste of the media attention he is now receiving. He says it sometimes gets under his skin, but he reminds himself that it doesn't help him do his job if he's agitated.

When Newfoundland and Labrador's election was called for Feb. 13, the province's daily COVID-19 case numbers were in the low single digits and had been since last spring. The pandemic did not seem a significant threat to the vote.

That all changed quickly last week, as the numbers began to spike in the St. John's region, hitting 100 new cases on Feb. 11. With just a few days until the vote, poll workers began to resign en masse, so Chaulk postponed the vote for 18 of the province's 40 districts.

As the virus spread, so did the resignations, and after health officials introduced a provincewide lockdown last Friday evening, Chaulk cancelled all in-person voting. After initially giving voters until Monday to apply for ballots online or by phone, he extended the deadline until Friday as people reported difficulties getting through to file their requests.

The ballots have to be returned by March 5, and a spokeswoman for Elections NL said Thursday by email that it's not yet clear when the counting of votes will start.

"Nobody's had to make these kinds of changes anywhere in the country," Chaulk said in the interview. "All of the other jurisdictions are looking at this."

New Brunswick, British Columbia and Saskatchewan all held relatively smooth elections last year during the COVID-19 pandemic. Harpelle said Thursday he was recently on a conference call with electoral officers from those provinces, and they were "very empathetic" with Chaulk's struggles.

"I don't think we've sent him best wishes cards, but we're definitely thinking of him," Harpelle said. "Get well soon!"

Chaulk said claims that he didn't prepare enough for a pandemic vote are "completely inaccurate." He points to the byelection his office ran in October, in the western Newfoundland district of Humber-Gros Morne. "We know how to do an election in a pandemic," he said.

He also kept a close eye on British Columbia's pandemic election on Oct. 24, especially the record numbers of votes cast by mail ahead of polling day, he said.

He added: "I had to work within the confines of the legislation that we have." That legislation, he said, doesn't anticipate mass resignations of poll workers. "If the election had been called one week earlier, we would all be done now," he said, chuckling.

This report by The Canadian Press was first published Feb. 19, 2021.