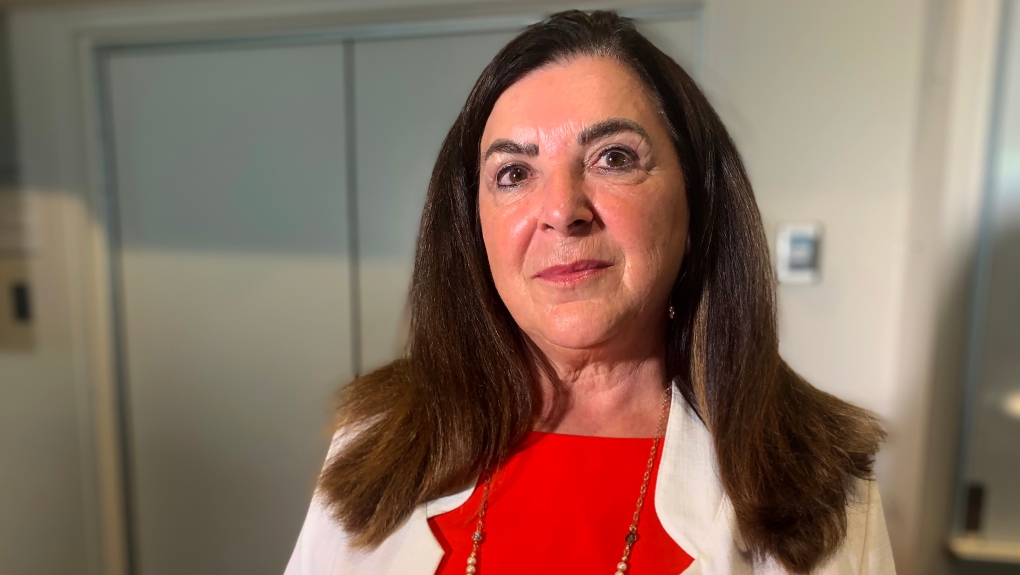 Memorial University president Vianne Timmons is seen at the university in St. John's, Friday, July 9, 2021. Timmons told reporters Friday in St. John's that the decision to raise tuition at the school after a decades-long tuition freeze was not made lightly. THE CANADIAN PRESS/Sarah Smellie
ST. JOHN'S, N.L. -

Tuition will more than double next fall at Newfoundland and Labrador's Memorial University, which had maintained some of the lowest tuition rates in the country.

The school's board of regents approved the changes to make up for significant funding cuts announced this year by the provincial government, university president Vianne Timmons said Friday.

"We know and recognize the fiscal challenges that this province is in, and we know that Memorial has to play its part," Timmons told reporters. "But I want to be clear: changing Memorial's tuition structure is not a decision that was made lightly."

Katherine McLaughlin, chair of the Canadian Federation of Students in Newfoundland and Labrador, says the school's decision has made many students nervous and angry. "Families, working-class folks in this province are really, really nervous about what this is going to mean for their future, and for their family's future," she said in an interview Friday.

To offset costs, the province has provided the university with annual funding -- now about $68 million a year -- in addition to operating grants. But when the government unveiled its latest budget in May, officials said the offset funding would be phased out and operating grants would be reduced.

Memorial University must raise tuition to make up the difference, Timmons said, adding that she expects a 20 per cent decline in new undergraduate enrolment in response to the changes.

Students continuing or beginning studies this September, however, will be offered a "grace period," Timmons said. Their tuition, she added, will remain unchanged this year and then increase by four per cent each year until 2025.

"We have so much more to offer than affordability," Timmons said. "A survey of undergraduate applications in 2020 showed that the main reason students apply to Memorial University was the programs available to them, not the tuition rates."

Memorial University's aging buildings in St. John's are often the butt of jokes on social media, with students posting pictures of elaborate assemblages of plastic tubing, tape and buckets used to catch water leaking from rusty pipes and pockmarked ceilings. The tuition hike, Timmons said, would only allow the university to make up losses incurred through government cutbacks, adding that the new cash wouldn't be able to fix the school's infrastructure problems or raise wages for faculty and staff.

McLaughlin said it's important to note the government's role in the school's decision Friday. "This is what happens when we see the government backing away from funding post-secondary and essentially closing the doors on the futures of young people," she said.

Shortly after the university announced the tuition hike, the provincial government unveiled a needs-based "tuition relief" grant program to help students from low- and middle-income families. Among other benefits, eligible students can receive a non-repayable grant of up to nearly $3,500 a year, Education Minister Tom Osborne told reporters.

The government will still be providing Memorial University with over $219 million a year in funding come 2026, which will account for 59 per cent of the school's operating revenues, Osborne said. "There are some who have claimed that our government does not value affordable post-secondary education," he said. "Nothing could be further from the truth."

This report by The Canadian Press was first published July 9, 2021.