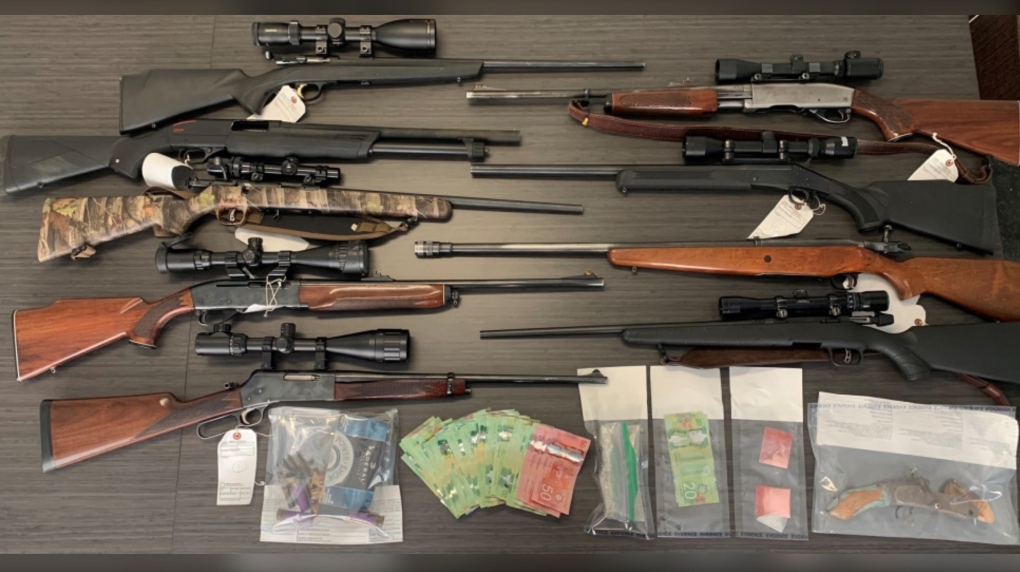 Police say they seized nine firearms, what is believed to be cocaine, and other drug paraphernalia used in the drug-trafficking industry. (Photo courtesy: RCMP)

HALIFAX -- Two New Brunswick men in their 30s have been arrested after police seized firearms and drugs, in connection to an ongoing investigation in Holmesville, N.B.

Police say they seized nine firearms, including some that were unsecured and one that was loaded, as well as a quantity of what police believe to be cocaine, and other drug paraphernalia used in the drug-trafficking industry.

The 32-year-old man was held in custody and is scheduled to appear in court on Monday.

The 34-year-old man was released on conditions pending a future court appearance.

The investigation is ongoing. Anyone with information about, or who suspects, illegal drug activity in their neighbourhood is asked to contact their local police or Crime Stoppers.