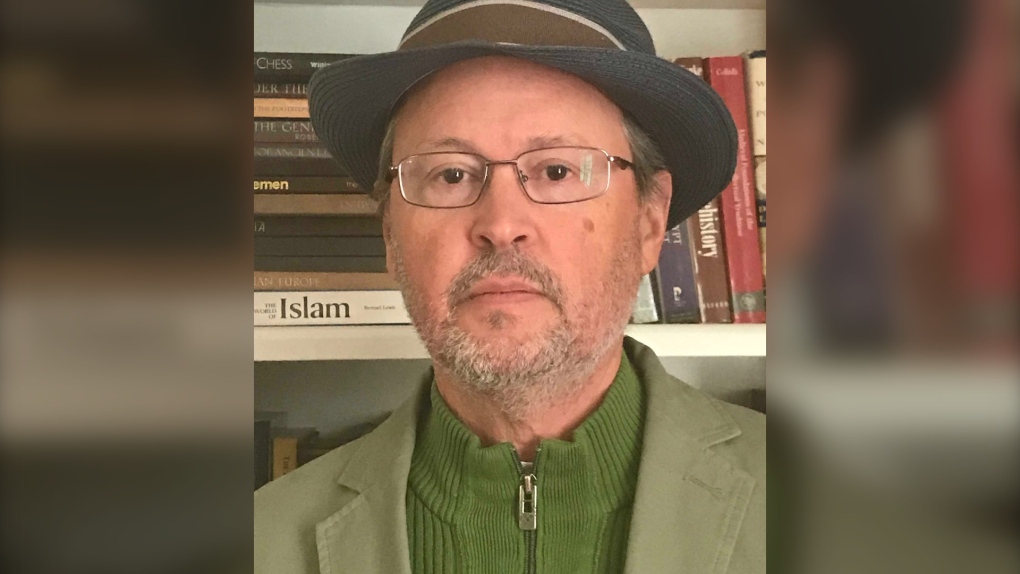 More than 100 faculty members at the University of New Brunswick have signed a letter complaining about one of their colleagues whose views on immigration have been denounced as racist. THE CANADIAN PRESS/HO-Ricardo Duchesne

FREDERICTON -- A University of New Brunswick professor denounced by colleagues for promoting what they say are racist arguments about immigration has agreed to retire.

The school announced Tuesday that Ricardo Duchesne has provided his notice of early retirement "to focus on his own pursuits as an independent scholar."

Duchesne has been a professor in the department of social science at the university's Saint John campus since 1995.

Last week, more than 100 faculty members signed a letter denouncing him for arguments about multiculturalism and immigration that they labelled "racist and without academic merit." The academics wrote: "Racism in the university causes real harm and undermines the rights of students and colleagues to a working and learning environment free from discrimination."

Petra Hauf, vice-president of UNB's Saint John campus, said in a notice on the university's web site that the school accepts Duchesne's decision and thanked him for 24 years of service.

In the face of criticism from colleagues and the Canadian Historical Association, Duchesne said last week he had no intention of resigning.

"I haven't done anything wrong, really," he said in an interview with The Canadian Press. "I'm not racist or supremacist."

On Tuesday, however, he said he is looking forward to early retirement. He said by email he plans to continue writing about "why European civilization was far more creative than all the other civilizations combined" and "why all European-created nations are being forced to diversify themselves through mass immigration."

He criticized mainstream media for never allowing "critical thinking about the mandated ideology of diversity."

UNB president Eddy Campbell had launched a review of allegations concerning a faculty member, and though Duchesne was not named, he said he expected to be called to a meeting with the administration.

Hauf issued a news release last week to say there was zero tolerance for racism and discrimination of any kind.

"I want to assure all members of our community that we are aware of the concerns that have been publicly shared with respect to these issues; that we are taking them seriously and are actively looking into them," she wrote.

Duchesne, who is originally from Puerto Rico, has said he believes the controversy was generated by his 2017 book Canada in Decay: Mass Immigration, Diversity, and the Ethnocide of Euro-Canadians.

"I am a strong critic of immigration," he said last week. "I believe that Canada and all western nations have been set for full diversification through mass immigration, and I'm trying to understand why. Who came up with this idea that all white nations must become racially diverse, whereas that's not happening in Japan, Korea, China, Mexico -- only in white nations?"

"The CHA shares our colleagues concerns that important principles of academic freedom are being used to justify indefensible ideas and their dissemination, and join them in challenging Duchesne's ideas," wrote the association's president, University of Manitoba history professor Adele Perry.