Veterans work on their next move as eight offices close 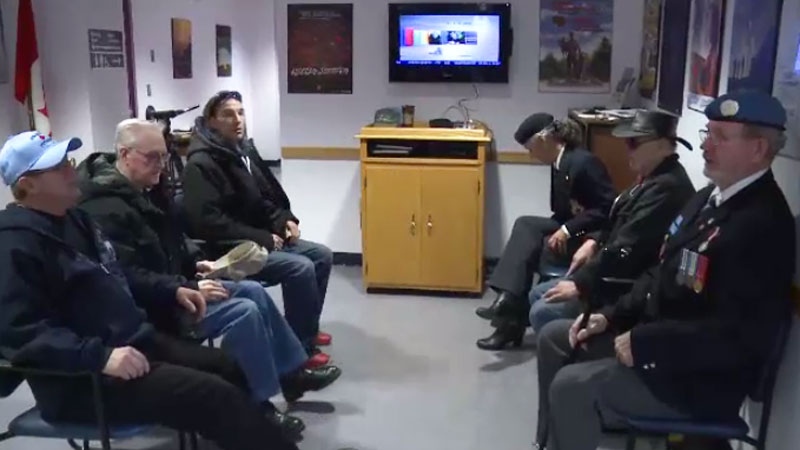 A group of servicemen and women have settled in at the Veterans Affairs office in Sydney, N.S. as they fight to keep the office from closing. (CTV Atlantic)

Many veterans across the country are trying to figure out their next move, now that eight Veterans Affairs offices have closed.

The Harper majority voted down a last minute motion to reopen the offices yesterday in the House of Commons.

“One of the things that really upset me is the fact they’re blaming the union and saying they’re running us guys, giving us false information,” says Clarke. “Well let me tell you, it’s Mr. Fantino who’s handing out false information.”

David Johnson is a political science professor at Cape Breton University. He predicts there will be repercussions for the Conservatives in the next federal election, as a result of their decision to close the Veterans Affairs offices and the subsequent war of words with the veterans.

“I think they’re becoming tone deaf to veterans, including those who vote Conservative,” says Johnson.

“Too slow, people are not knowledgeable and PTSD vets, like myself, will not go anywhere near the place, there’s no privacy,” says Clarke.