HALIFAX -- Halifax Regional Police say the man injured in Saturday’s shooting in Dartmouth, N.S. has died from his injuries, and they have ruled the case a homicide.

Police say, just after 2 p.m. Saturday, they responded to reports of an unconscious driver at the corner of Mount Edward and Cranberry Crescent, where they were able to confirm a shooting had taken place.

According to police, the male driver crashed into a utility pole in the area and sustained what were life-threatening injuries at the time.

On Sunday, Halifax Regional Police confirmed he has died from his injuries.

Halifax police confirm the man who was shot near Mount Edward Road and Cranberry Crescent yesterday has died of his injuries. HRP says he’s a 25 year old man from Dartmouth and are withholding his name as they notify his next of kin. @CTVAtlantic pic.twitter.com/6zjxbe2bdk

The victim, a 25-year-old man from Dartmouth, was the subject of an autopsy by the Medical Examiner. According to police, they have concluded his cause of death to be homicide.

Police are withholding the victim’s name while they notify his next of kin.

A witness who lives nearby tells CTV News he heard three to four gun shots. Someone in his house called 911 to notify police.

Others who live on the road say they didn’t notice something was wrong until police showed up.

“I heard a bang but I thought it was my next door neighbour coming home,” said Rosemarie Santerre. “I never thought nothing of it. I just kept watching television.” 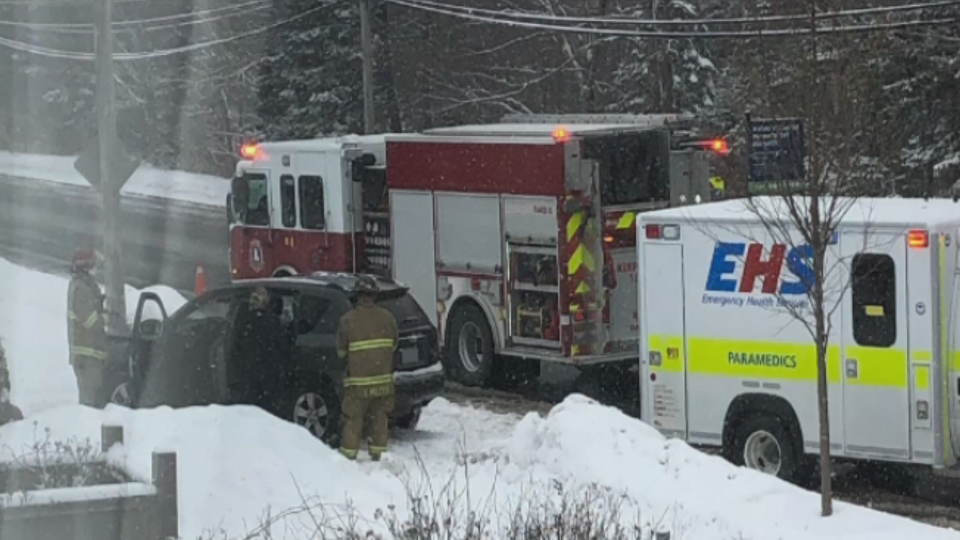 Emergency crews attend to the vehicle that crashed into a utility pole Saturday. Police say the 25-year-old male driver was shot, and his death has been ruled a homicide.

Jim Jiles didn’t hear anything but first noticed a fire truck, some ambulances and police cars. He watched police cordon off the area with police tape and bring out police dogs to investigate.

“It was pretty obvious that with so many police cars and the tape and the dogs and so forth it was a little bit more to it than that somebody had an accident,” Jiles said. “Unfortunately it can happen anywhere.”

At 4:15 p.m. Sunday, Halifax Regional Police put out a call for video footage from the public that may help in the investigation.

Police say that could be any video, including dash camera footage, from Saturday between 2 p.m. to 2:15 p.m. taken in the following places in Dartmouth:

Halifax Regional Police are asking anyone with video fitting that criteria to call them at 902-490-5020.