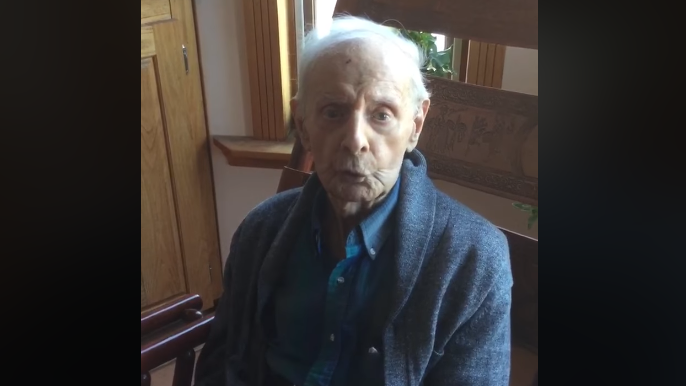 The video of 95-year-old Medley MacBeth singing the Jim Reeves classic, “He’ll Have to Go”, has racked up more than 5700 likes and 1000 comments on the “Ultimate Online Kitchen Party” group page.

HALIFAX -- A video of a singing senior is taking a COVID-19 Facebook group by a storm, after his daughter posted the footage online to “put a smile on someone’s face.”

The video of 95-year-old Medley MacBeth singing the Jim Reeves classic, “He’ll Have to Go”, has racked up more than 5700 likes and 1000 comments on the “Ultimate Online Kitchen Party” group page.

The page is a place where amateur musicians have been sharing videos of their own performances, in a type of “virtual kitchen party” during the COVID-19 pandemic. The group has more than 190,000 members.

Sixty-five-year-old Jane MacBeth posted the video of her father to the group on Monday.

“I just did it to post a positive message,” she says. “He’s such a dear soul and he loves to sing and it brings him so much joy, so I just thought I’d bring a smile to someone’s face.”

“[I just wanted to] make people aware that these people are alone in these nursing homes and they feel very isolated,” MacBeth adds. “So I just wanted to sort of put it out there as a positive thing. But I never dreamt that he would go practically viral!”

The video was taken during a visit at her house, when MacBeth had asked her father to sing to her, the same way he used to when she was a child.

One of the lines in the song is, “Put your sweet lips a little closer to the phone,” which MacBeth says is appropriate now, because the only way she can communicate with her dad at the moment is over the phone, due to the COVID-19 outbreak.

“He sings it to me almost every night on the phone,” she says. “He sang it to us when we were young girls, and it’s a song that I hold dear to my heart.”

Medley is a long-term care resident at the Veterans’ Unit at Fishermen's Memorial Hospital in Lunenburg, N.S. Visitors are not allowed into the province’s nursing homes or hospitals right now as a precautionary measure to stop the spread of COVID-19.

“We really miss each other,” she says.

MacBeth says her father enlisted in the Canadian Army at the age of 15. He was in the military for 35 years and served overseas during the Second World War, mainly in Holland. After that, she says he worked in security for the federal government until he retired.

He married his sweetheart, Verbena, and had four daughters.

MacBeth is glad so many people are enjoying the video of her father singing. She posted another video today, in which her dad sings, “I’m Looking Over a Four Leaf Clover.”

She told her father how many people have enjoyed the video so far. “He was glad,” she says.

The name of the hospital where Medley MacBeth is a resident was corrected.