'We are definitely still in a crisis situation': Lifting of Cape Breton Regional Municipality state of local emergency remains unclear

'We are definitely still in a crisis situation': Lifting of Cape Breton Regional Municipality state of local emergency remains unclear 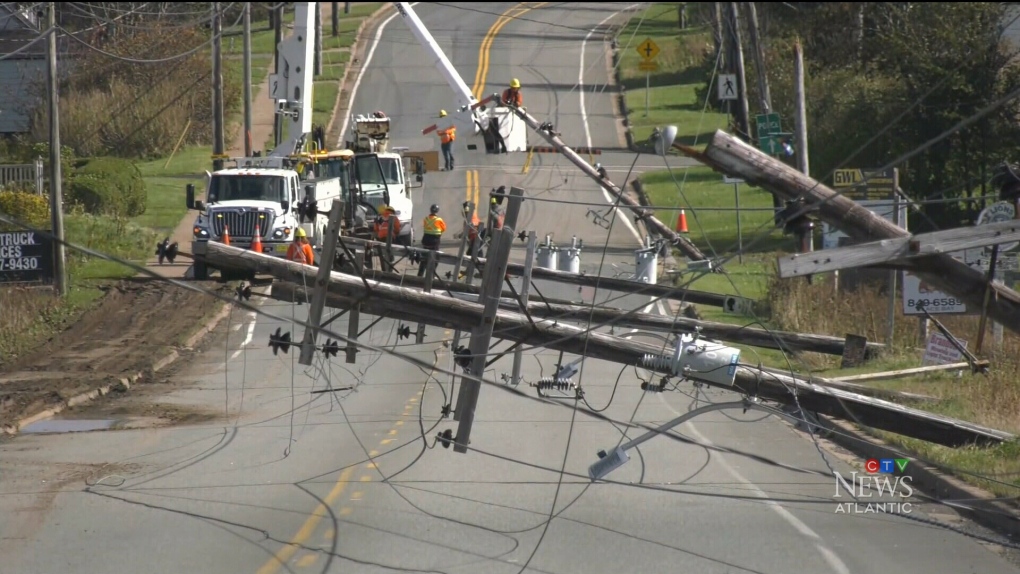 Cape Breton cleans up from Fiona

While assessments and recovery efforts continue in the Cape Breton Regional Municipality, officials say they are unsure when the state of local emergency will end, but are optimistic it will be soon.

"We're hopeful that we will come to the end of this state of emergency sooner than later, but at this time we are definitely still in a crisis situation," said Christina Lamey, communications and information officer with Cape Breton Regional Municipality.

The current state of local emergency in CBRM is scheduled to expire Saturday, however Lamey says the decision to lift will come from council and the mayor of the municipality.

More than 120 personnel are currently operating and supporting the region, specifically areas that suffered extensive damage like Glace Bay and Birch Cove.

"Really getting into those areas that are hard to reach. Most of those areas are in the eastern part of the province, are really the Cape Breton Island section," said Lt.-Col. Adam Poirier, immediate response unit commander in Cape Breton, Canadian Armed Forces.

In a news release Tuesday, Cape Breton Regional Police continued to advise residents to remain off the roads and avoid travel unless necessary.

Those who are on the roads are reminded to ensure they are not blocking roadways, avoid travel in peak hours, and stay alert of surroundings as debris and trees remain on roadways.

"Any extra unnecessary traffic adds even more congestion to already compromised areas where crews need space for clean up and repair," said Desiree Magnus, communications advisor for the Cape Breton Regional Police, in a news release.

As of Tuesday, Nova Scotia Power storm lead Matt Drover says there are about 1,300 crews on the ground across the province assisting with the restoration and debris cleanup.

He adds the impact of the storm has been larger than what the province saw post Hurricane Dorian, leading to the need of an all hands on deck situation.

"Because of that, we are mobilizing the largest restoration resource deployment that we have ever done in our company's history," said Drover.'

As for Neil's Harbour, N.S., a town that suffered severe damage due to Fiona, recovery efforts are shining a positive light.

Crews brought in an excavator and bulldozer Monday to clear a path that had been blocked by boulders, which caused the community to be cut off the to its fire department.

Residents say they are pleased by its progress, but are hoping it isn't just a band aid fix.

"Or else, we won't have a road here anymore and there will be nobody living in this part, so what are you going to do?" said Reid Warren.

In Antigonish, St. Francis Xavier University is set to reopen Wednesday as power has been restored and the facility's roof has been patched.

"I'm pretty surprised by the cleanup from the amount of debris that was left, it looks really good. You can hardly even tell a hurricane went by," said Quinn Bratt, a first year student at the school.

"My only complaint is there's a residence ban, so they're stopping students going to other residents which I think is a little foolish because you should be helping people, not stopping them," he added.

Poirier said assessments are being done across the region and finalized restoration plans will be made in the coming days.

Three Liberal ministers have declined invitations to testify at the Senate as the upper chamber probes why Canada still won't allow humanitarian workers to help in Afghanistan.

Welcome to the knockout rounds of the World Cup as the final 16 teams vie for soccer’s most coveted trophy. Netherlands, USA, Argentina and Australia all face elimination if they don’t win. CTVNews.ca takes a look at everything you need to know on Day 14 of the tournament.

Can Ukraine pay for war without wrecking its economy?

Even as Ukraine celebrates recent battlefield victories, its government faces a looming challenge on the financial front: how to pay the enormous cost of the war effort without triggering out-of-control price spikes for ordinary people or piling up debt that could hamper postwar reconstruction.

The body of a man has been recovered following an industrial accident in Mississauga on Friday, Peel Regional Police say.