Wet spring has reduced the number wildfires in the Maritimes 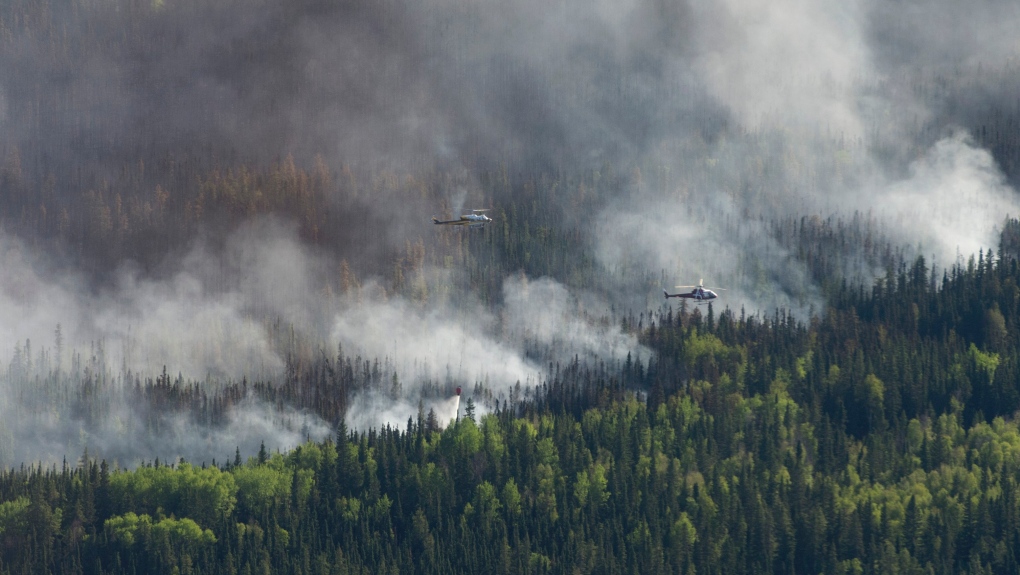 A helicopter drops a bucket of water on the Chuckegg Creek wildfire west of High Level, Alta., in a Saturday, May 25, 2019, handout photo. THE CANADIAN PRESS/Government of Alberta, Chris Schwarz

There can be no doubt spring of 2019 was soggy and cool for the Maritimes.

While the conditions may have disappointed early season campers and golfers, as well as delayed the planting of some crops, it has benefited the wildfire season.

Authorities that manage wildfires in all three Maritime provinces have counts below five-and-10-year averages with some credit going to frequent periods of rainy weather.

I spoke with Roger Collet, a wildfire prevention officer in New Brunswick, about the frequency of fires and general weather conditions.

“Cold weather and rain had an impact on the amount of fires that occurred this spring,” Collet said. “We had one week early in May that was dry and had somewhere near 60 fires in that week alone.”

For context, that 60-fire count is about a third of the total count for New Brunswick so far this season. This time of the year it doesn’t take long in a sunny, dry stretch for the fire weather index to rise quickly. 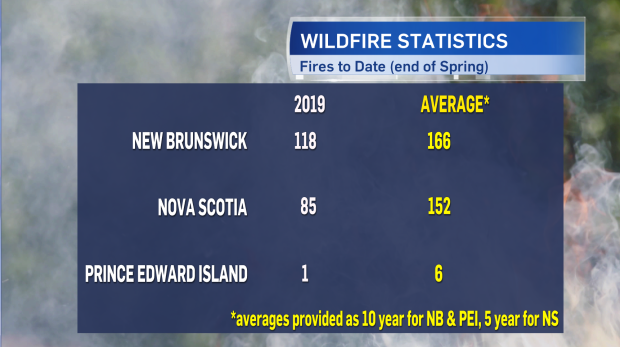 As for the cause of wildfires, Collet estimates some 90 per cent are human-sourced in ignition with five to 10 per cent coinciding with lightning strikes.

Mike Montigny, the field services manager for the government of Prince Edward Island, echoes that, telling me most wildfire activity for P.E.I. is linked to human behaviour. He notes that P.E.I. has seen a decrease in the number of wildfires since 2006 with the decrease possibly related to changes in open-burning culture, fire prevention strategies, and a slowing in land clearing for agriculture.

Nationally, Natural Resources Canada rates the Maritimes as mainly in the low-to-moderate categories of wildfire risk at the moment. Higher risks of wildfire located in Quebec, northern Ontario, southern areas of the Prairie provinces, as well as the Northwest Territories, the south coast of B.C., and central/northern areas of the interior of B.C. 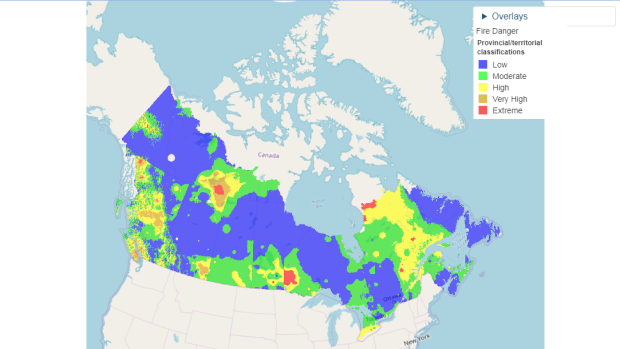 Officials from departments in wildfire management across the region encourage the public to be vigilant with open fires and to adhere to restrictions and bans when they are enacted. Our driest months of the year are still ahead for the region with average precipitation annually lowest in July and August before rising September into November.