EAST PUBNICO, N.S. -- A cold case in Nova Scotia's Yarmouth County is back in the spotlight this week, but only because it's remained unsolved for 30 years.

Mary Ann Lamrock was 25 when she vanished. She was last seen alive in her driveway in East Pubnico and it would be almost two years before her body was found in a wooded area not far away.

Decades later, the case still haunts her family and the investigators who tried to solve it.

Lamrock remains one of the community's most talked-about residents. Her name has come up many times since her short life came to an abrupt end.

There aren't a lot of photos of Lamrock, and even fewer with family; her siblings grew up in foster care.

Still, Mary Ann and her mother were close, and the two were reunited in Birchtown just last summer when Mary Lamrock was buried next to her daughter. 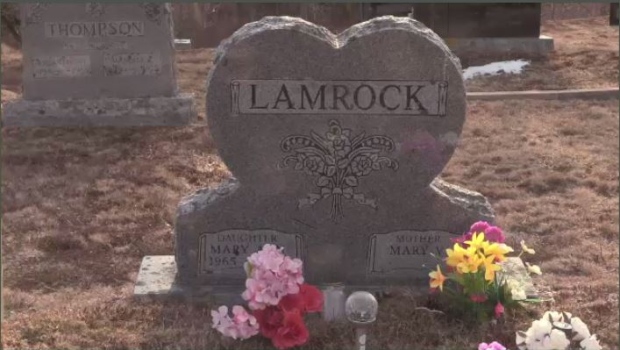 Mary Ann Lamrock is buried next to her mother in a Birchtown, N.S. cemetery.

Mary Ann was known simply as "Ann" to close friends and family.

"Times were not always the greatest, but Mary loved Ann very much, and it would have been huge if we could have had some closure to this matter before my mom passed away," said Lamrock's brother, David Swaine.

Swaine, a veteran police constable with Durham Regional Police in Ontario, says, despite the passage of time, he remains hopeful someone will come forward with information -- or new investigative tools that could help solve the case.

"Technology has changed a lot over 30 years," Swaine told CTV News via FaceTime.

"So, I'm hoping with the technology we have today, maybe we can find some leads into this horrific death."

An RCMP news release issued on the anniversary of Lamrock's disappearance notes the case remains open, but because there have been no charges or arrests, the force won't say if it has any suspects.

"Over the past several years the RCMP have received tips from Crime Stoppers and the Rewards for Major Unsolved Crimes program. The RCMP remain hopeful that someone in the community knows information and with passage of time, may be more willing to come forward," the release says.

Former neighbour Holly Newell was among the last to see Mary Ann alive, giving her a lift home from the grocery store in Pubnico Head.

It was March 6, 1990, and it would be nearly two years before she'd find out why Mary Ann had vanished.

'She'd been stabbed to death'

"When I heard how she died, it was terrible," said Newell. "She'd been stabbed to death."

"I would have thought by now, someone would have stepped forward," she said in an interview.

"But nobody showed up. Nobody said a word."

It was hunters who found the skeletal remains of Mary Ann Lamrock in a heavily wooded area between Highway 103 and the Oak Park Road, a popular trail, on January 29, 1992.

The autopsy determined she died a particularly violent death, with multiple stab wounds.

Police looked into it many times, but no charges were ever laid.

The case was already 11 years old when veteran RCMP investigator Dana Parsons took over in 2001. 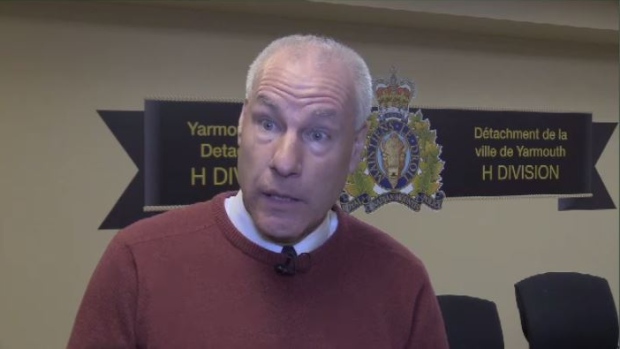 Retired Mountie Dana Parsons investigated Mary Ann Lamrock's murder. Although the case is still open, he's not convinced it will ever be solved if the killer acted alone.

Now retired and still living in Yarmouth, he'd hoped his many connections in the area would lead to a break.

"I always felt that somebody would come forward, somebody would have that trust or faith in you, and share something with you," Parsons told CTV News.

"And it has never transpired."

Tips still trickle in, Parsons says, but a solid break in the case has been more elusive. With the passage of time, he's not sure the case will ever be solved, especially if the killer acted alone.

"There is a part of me that believes the likelihood, or a percentage of likelihood, that the suspect may be deceased," Parsons said.

"You think there's an answer out there, but there may very well not be."

Investigators say they would welcome any new information.

For her loved ones, the question of what happened to Mary Ann has remained an open wound for generations.

"It would be really nice to get some closure," says Swaine.