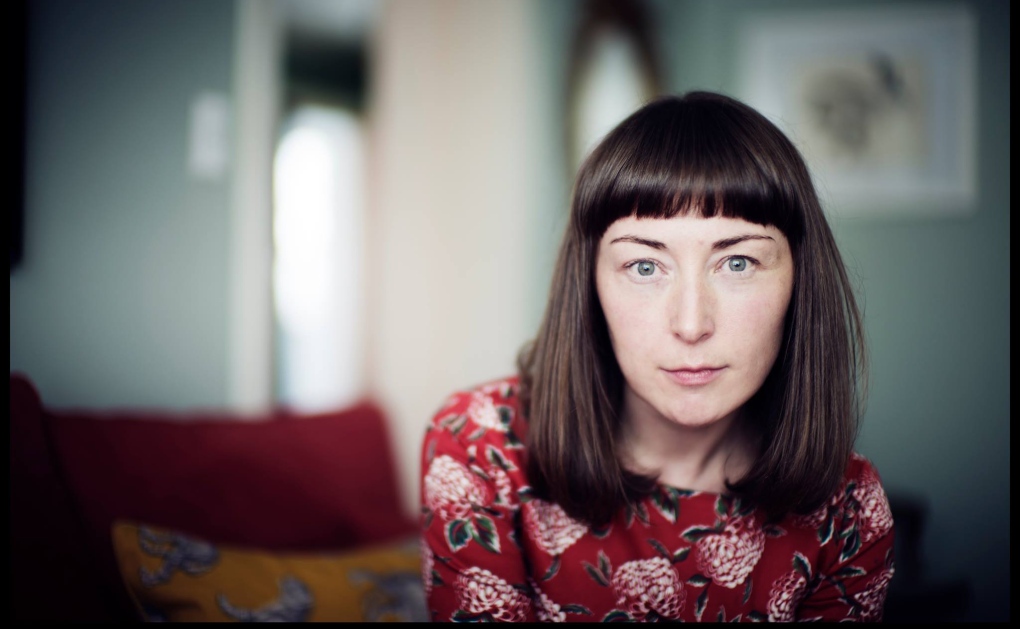 MONTREAL -- Growing up in Halifax, Amy Jones didn't recognize the pastoral paradise of "Anne of Green Gables," or the fiddles and folklore of Maritime historical fiction. But when she read Christy Ann Conlin's "Heave," Jones says it was the first time she saw the gothic beauty and brutality of the Nova Scotia she lived in represented on the page.

The novel opened Jones' eyes to the prospect that readers would be interested in her experience of the East Coast as a place steeped in history but striving to be part of the modern world; where fortunes shift with the violent tides and the fog is thick with sinister possibilities.

Moreover, she realized the region could be rendered in a book by a young Nova Scotian woman.

"A lot of those gothic tropes were originally conceived in the brains of men, so they're always being filtered through that gaze," said Jones, author of @"Every Little Piece of Me."

"It's really interesting to be able to flip those in some way."

In recent years, Atlantic literature has been dominated by a cohort of female writers who are challenging perceptions of the region and its traditional portrayals in @fiction, said Alexander MacLeod, an author and professor of English and Atlantic Canada Studies at Saint Mary's University in Halifax.

"All those people grew up reading one version of their landscape narrated from one point of view, and then they were very determined and motivated to see it in a different way," said MacLeod, listing Ann-Marie MacDonald and Lisa Moore among the leaders of the literary movement.

"I think it gives them all kinds of territory to explore and remake that world."

While gothic literature may conjure images of medieval castles and supernatural intrusions, MacLeod said the tradition has deep roots in Atlantic Canada.

Writers like his late father Alistair MacLeod, Ernest Buckler and Alden Nowlan have drawn from gothic motifs to evoke the preternatural forces, both man-made and environmental, that belie the coastal quietude on Canada's eastern edge.

Cape Breton-bred novelist Lynn Coady, who won the Scotiabank Giller Prize for 2013's "Hellgoing," said she was raised on such lyrical tales that pit mostly male protagonists against an unforgiving climate, cyclical poverty and cultural stagnation.

"That working-class aspect excited people, because they were coming out of an era when you thought of writing as this elevated art form that only gentrified people were able to perform," said Coady.

"We're in a similar situation where now the women are allowed to tell their stories, and that feels really exciting."

Since her 2002 debut "Heave," Conlin has been considered a master of the modern North Atlantic gothic -- although "modern" seems to be a slippery notion within the genre.

"Change is really slow here, and so the modern world really butts up against a much older, more persistent world that's really captured by the geography and the landscape," said Conlin, who lives in Nova Scotia's Annapolis Valley.

In a sense, Atlantic Canada is haunted by the stories of its past that shape the present day.

There's the centuries-old Mi'kmaq tradition of storytelling, and settlers' accounts of colonial violence. There are the stories that were stowed away on ships by immigrants seeking a new life, and those carried off during the expulsion of the Acadians in the 18th century. There are stories of periodic disaster: the Halifax Explosion, the sinking of the Titanic and the crash of Swissair Flight 111.

Then there are the ongoing tragedies of economic and environmental ruin left in the wake of industrialization, the fables of lighthouses and lobster traps that are exported to tourists and the old-fashioned traditions that entrench a patriarchal power structure.

"There's this dark subculture and world of what it's like to try to live here and how often doors are closed, and how hard that life is," said Conlin, who grapples with these themes in her recent short-story collection "Watermark."

"I think women and anyone who is marginalized feel those especially.

"We're looking at how people overcome that ... And that's new. There's not a nobility in just suffering."

"This might hurt a little," she writes. "Be brave."

Coles populates her Giller-nominated debut novel with characters possessed by "ghosts" of their past selves and their ancestors.

These spectres manifest in the forms of sexual, physical and psychological violence, substance abuse, intergenerational trauma and the social isolation of island life.

As a woman of a working-class, mixed background from the rural community of Savage Cove on Newfoundland's Great Northern Peninsula, Coles said many of these horrors hit close to home.

"I think perhaps we are more intimate with the darker sides of our cultures, because the burden lays at our feet."

Coles said these struggles reach far beyond the shores of Newfoundland, resonating with readers who feel marginalized or displaced by modern society.

Still, Coles said she has to work hard to overcome the bucolic fantasies about the East Coast that have such purchase outside the region.

"This is not an art form intended to entertain," she said. "In fact, this is my form of resistance."

This report by The Canadian Press was first published Dec. 12, 2019.