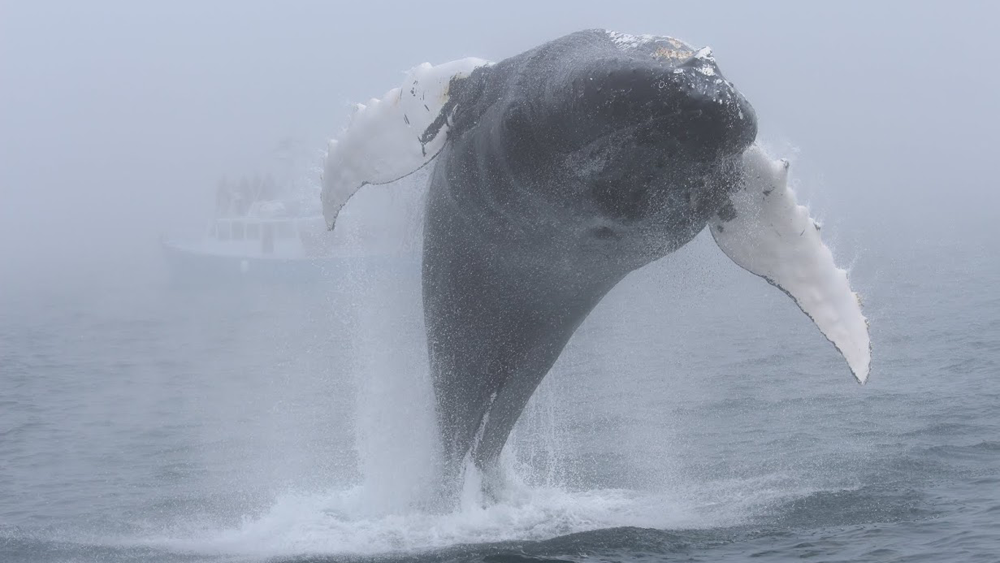 A humpback whale breaches off the coast of Nova Scotia. (Penny Graham of Mariner Cruises)

HALIFAX -- A U.S.-based group is exploring the coasts of Nova Scotia in hopes of finding a sanctuary where previously captive whales and dolphins could dive deeply in cold, North Atlantic waters.

Lori Marino, director of the non-profit Whale Sanctuary Project, said Friday they are looking for a site where the creatures can roam a netted area roughly the size of 40 large sport fields.

An alternative is needed for the captured whales and dolphins that are currently kept in marinas and spend their lives performing or being on display for the public, she said.

"I want to give them back some of their welfare, some of their natural habitat and allow them to retire with freedom to do pretty much whatever they want without being imposed upon by people who want to ride on them and touch them and do tricks with them," the Utah-based Marino said in an interview on Friday in Halifax.

The concept aims to teach people to see cetaceans as wild creatures rather than objects for human entertainment, in a setting more akin to a national park than a zoo. It imagines visitors viewing the animals in their natural habitat from a safe distance.

"It would be a place that people could go and see these animals, perhaps for the first time, in their own habitat and also learn about them authentically," Marino said.

She says the project's approximate cost would be $15 million, and it would include a visitor centre and staff who would ensure the five to eight whales, likely belugas and orcas, are fed and cared for.

The neuroscientists and marine mammal expert says whales and dolphins kept in captivity can't be released into the wild as they haven't developed the skills to survive, making a controlled sanctuary with food a necessity.

Marino says she can't divulge which areas are being considered in Nova Scotia, but says the province's coast is among several North American coastlines, including areas off Maine and British Columbia, where there is potential habitat.

She says a decision on a potential location will be made by the middle of next year by the non-profit, charitable group.

The group says it is consulting the federal Fisheries Department, first nations and other interested community groups about the regulatory approvals needed for use of coastlines as a netted-off sanctuary.

Marino said she held meetings with the federal Fisheries Department to explore what regulatory processes would be required for a sanctuary.

A spokesperson from the department was not immediately available for comment.