An insider's view of the Quadriga meltdown: 'It's kinda devastating' 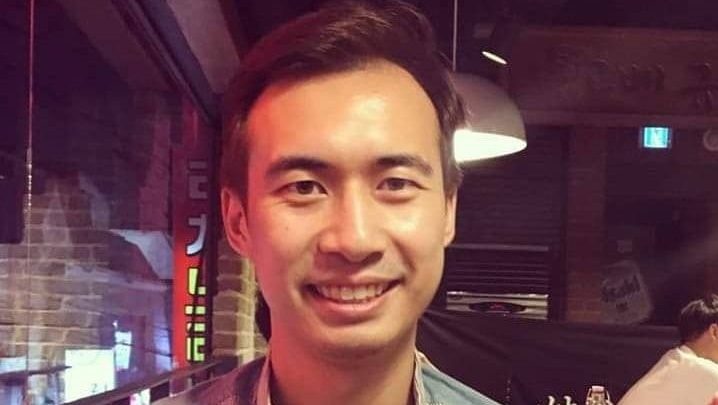 Tong Zou is shown in a handout photo. The software engineer from Vancouver is owed more than $500,000 from the cryptocurrency exchange Quadriga.( THE CANADIAN PRESS/HO)

The mild-mannered 30-year-old Vancouver resident wasn't making any clandestine, high-stakes trades when the online platform was shut down on Jan. 28 amid a storm of controversy and conspiracy rumours.

Instead, Zou was simply looking for an easy way to transfer U.S. funds into Canada for a down payment on a local property.

"It's kinda devastating when you do lose that kind of money," Zou said in an interview, adding that he still believes the future remains bright for cryptocurrency markets.

"But this is a bad mark on the Canadian crypto industry."

The QuadrigaCX collapse has shone a spotlight on a dark corner of an unregulated industry that tends to attract people who are suspicious of traditional banks and prefer the anonymous, decentralized nature of the murky crypto-coin world.

But it has also revealed that some crypto users were burned while conducting the most mundane of tasks.

Zou says he and some of his friends racked up some healthy profits in 2017 when cryptocurrency markets were red hot.

"But we lost it all in 2018 because of the crypto crash," he says matter-of-factly. "I know a few people who got out at the right time, but that wasn't me."

As for Vancouver-based QuadrigaCX, Zou admits he chose to move his money through the virtual company in September 2018 because it offered a 10-per-cent premium.

"If there's any lesson I learned, it's to not to be too greedy," he says. "And that's what caused me to be in this situation. I saw the 10-per-cent premium. I got tempted by it."

By cryptocurrency standards, QuadrigaCX was a relatively well-known exchange, mainly because it was one of the first in Canada. Co-founded by Canadian Gerald Cotten in 2013, the exchange appeared to be a safe bet.

By last fall, however, QuadrigaCX users were complaining that it was taking longer than usual to withdraw funds. Zou was aware of the time lag, but that red flag wasn't big enough.

Then the bottom fell out -- though not all at once.

Cotten, the company's 30-year-old CEO and sole director, was travelling in Jaipur, India, on Dec. 9 when he died from complications caused by Crohn's disease, a chronic ailment that causes inflammation of the bowels.

When his death was publicly announced more than a month later, court documents revealed Cotten was the only QuadrigaCX employee who knew the encrypted pass codes required to gain access to so-called cold wallets holding $190 million in Bitcoins and other cryptocurrencies.

As well, the company confirmed 115,000 users were owed another $70 million in cash, much of which remains tied up in bank drafts held by third-party payment processors.

The Nova Scotia Supreme Court granted QuadrigaCX temporary protection from its creditors on Feb. 5. A court-appointed monitor is searching for the missing money. The company could be sold.

"Yes, it's unregulated and you're taking a risk, but ... I thought it was reasonably trustworthy at the time," says Zou. "It turned out to be the worst time to do it."

Zou says he's been in touch with other QuadrigaCX customers by using the Reddit and Telegram social media sites, and he is following the insolvency process playing out in a courtroom in Halifax, where Cotten lived.

The wild rumours and innuendo that have dominated online discussions has led Zou to conclude: "It's all kind of really suspicious."

Meanwhile, he and many others owed money have been conducting their own online sleuthing to figure out where their money went.

There's no shortage of theories about QuadrigaCX's downfall.

Giuseppe Burtini, a cryptocurrency expert from Kelowna, B.C., filed an affidavit with the court last week, saying he represents an unnamed company that sold crypto-coins on the QuadrigaCX platform and is owed a "multimillion-dollar" balance.

Burtini said the company had been trying to retrieve money from QuadrigaCX since February 2018, but received only a partial payment.

"The ... company will be unable to access its significant fiat currency balance for an indeterminate period of time and I am concerned that it may not ever receive that balance in full," his statement says.

Court documents show that in January 2018, CIBC froze the accounts for a third-party payment processor known as Costodian, preventing QuadrigaCX from getting at more than $25 million. That matter has yet to be resolved.

Burtini's affidavit says he wants to be appointed to a court-appointed users steering committee, which will advise lawyers pursuing the case. A computer expert with a master's degree in science from the University of British Columbia, Burtini said he has the skills and tools to help find the missing currency.

Ryan Kneer, a Calgary-based QuadrigaCX user, filed an affidavit saying he had used the platform almost daily for the past two years.

Like Burtini, he did not reveal how much he is owed, saying privacy is something cherished by cryptocurrency traders.

"Among other reasons for protecting their privacy, individuals who own large quantities of cryptocurrencies have been targeted for theft, phishing and even assault," the statement says.

Kneer describes himself as a professional market maker involved in the cryptocurrency scene since 2013, having developed automated trading software.

"I believe that, philosophically, many affected users are skeptical of traditional institutions. Many people choose to use cryptocurrencies because of dissatisfaction with the existing financial system."

As for Zou's next steps, he says he will recover from his losses -- though it could take a long time.

"I was angry and depressed when it first happened, but over time I was talking to my friends and family to get some sense of comfort and support," he says.

"The way I got over it is by thinking about what's important in my life -- what makes me happy. Having enough money to make me comfortable -- that's all good. But having friends, family and being around the people that you care about, I think that's more important than money."