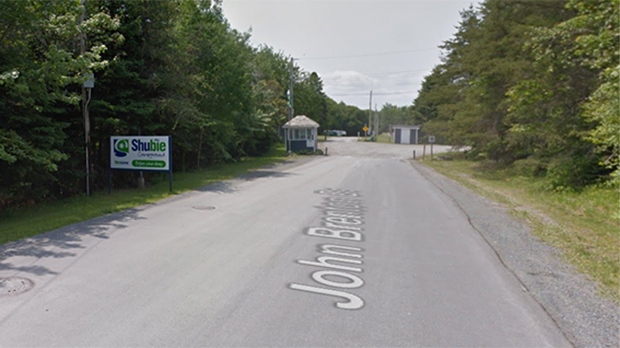 Shubie Park in Dartmouth, N.S. is visible in this image taken from Google Maps

HALIFAX -- Ten-year-old Marshall Adams wore a toothy smile as he held a 175-year-old piece of pottery he had just dug up from the ground at a Halifax-area park.

Adams was taking part in a public archeological dig at the site of what is believed to be a worker's cottage or bunkhouse from the original construction phase of the Shubenacadie Canal between 1826 and 1831.

People young and old clutched trowels and sifted through brown dirt and rocks during the two-day dig over the weekend at Shubie Park in Dartmouth.

Adams, who found two artifacts on Sunday, said he wanted learn more about the history of the area.

"It's fun. You get dig into the ground and find a bunch of cool things from the past," said the first-time archaeologist, holding a labelled plastic bag containing his newfound treasure.

Other relics like animal bone, pearlware ceramics and the pipestem of someone named MacDougall, from Scotland, were dug up at the free event, organized by Industrial Heritage Nova Scotia.

Archaeologist Laura de Boer said public digs allow people to take part in uncovering their own heritage. She said her team gains a few artifacts and discovers a bit more about the site, while diggers learn about the area's industrial history.

"The main thing is to help build awareness about our industrial past. A lot of people are unaware of the Shubenacadie Canal," said de Boer at the site in a wooded area off one of the park's main trails, discovered in 1994.

"It helps encourage people to take part in their heritage, in archaeology, and feel a shared sense of ownership."

The Shubenacadie Canal, which spans 114 kilometres, was constructed because merchants in Halifax and ports along the Bay of Fundy were looking for a faster route to move goods from one side to the other, avoiding the dangerous sail around Cape Sable.

More than 300 workers, many from Ireland and Scotland, arrived in 1826 to begin construction. Work on the waterway wouldn't wrap up until 35 years later.

De Boer said the artifacts will be bagged, recorded and sent to the Nova Scotia Museum.