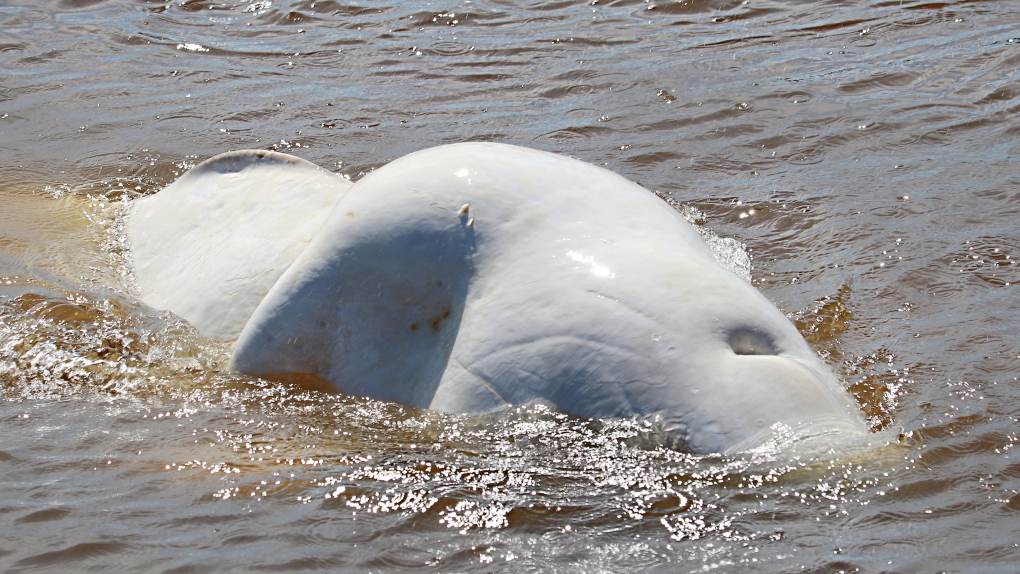 Residents on Prince Edward Island have been flocking to the area near the Mount Stewart Bridge to catch a rare glimpse of a beluga whale as shown in this handout image provided by area resident Brian Paterson. Paterson says there were up to 70 people in the area when he took the drive to the bridge this past Saturday. THE CANADIAN PRESS/HO-Brian Paterson

MOUNT STEWART, P.E.I. -- Residents in Prince Edward Island have been flocking to a bridge northeast of Charlottetown to catch a rare glimpse of a beluga whale.

RCMP patrolled the area on Sunday to enforce COVID-19 distancing rules and to keep onlookers from disrupting traffic on the bridge in Mount Stewart, P.E.I., Const. Louanne McQuaid said in an interview Tuesday.

"Numerous people (were) in the area," she said. "No social distancing, no masks, no nothing and it was a traffic concern, too."

Several people from around the province descended on the Mount Stewart Bridge over the weekend after sightings of the whale were posted on social media.

Kelly Campbell of Vernon River, P.E.I., said he took his children to see the whale last Friday and was able to capture video and images of the creature swimming in the Hillsborough River.

Campbell said about 25 other families were lined up on the bridge and along the banks of the river, which empties into the Northumberland Strait.

"I thought it was a perfect opportunity after school to grab the kids . and took the drive up to Mount Stewart to see if we could still see it," Campbell said. "It was pretty awesome to see."

Brian Paterson of Montague, P.E.I., also drove to the area to snap some photos of the aquatic visitor. He said there were up to 70 people in the area when he was there Saturday.

This report by The Canadian Press was first published May 18, 2021.