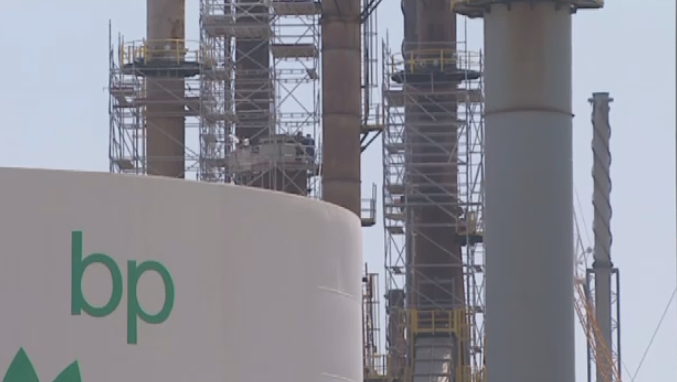 BP Oil is waiting on a review from the Canada-Nova Scotia Offshore Petroleum Board in order to begin drilling an exploratory well near a Parks Canada reserve.

If approved, it would be the company’s first drill of an exploratory well.

"BP's Scotian Basin Exploration Project is planning to begin a one-well exploratory drilling operation in April. Our priority is to drill safely, and to prevent incidents from occurring," said Anita Perry, regional manager of BP Canada Energy Group, in a statement.

The proposed drill site is about 230 to 370 kilometres off the southeast coast of Nova Scotia. It's also about 120 kilometres southwest of Sable Island.

An environmental impact assessment was approved last month, but BP is still waiting for the green light from the Canada-Nova Scotia Offshore Petroleum Board. The board tells CTV News they’re still reviewing the project and don’t have a timeline for when it will be completed.

“These things are beneficial,” MacLellan says. “We don't shirk any rules around safety or around environmental responsibility, but the CNSOPB are pros at this. They're among the best in the world, and they'll make sure this is a safe project if it gets the go ahead.”

Groups opposed to the project were speaking out Tuesday night in Halifax. Among them was the Bay of Fundy Inshore Fishermen's Association.

“We want the oil industry to play by the same set of rules that the fishing industry plays by so we might exist in a sustainable fashion,” says Colin Sproul, vice-president of the association.

Those sessions continue in Shelburne and Lunenburg in the days to come.

The Maritimes Energy Association is calling for support for the project.

“Every citizen of Nova Scotia should be helping and hoping that they have nothing but the utmost success off of our coast,” says Ray Ritcey of the association. “It's important for our sustainable economic development.”

BP Oil is still aiming for an April drill date.