Class-action lawsuit launched against Canopy Growth over pesticide in marijuana 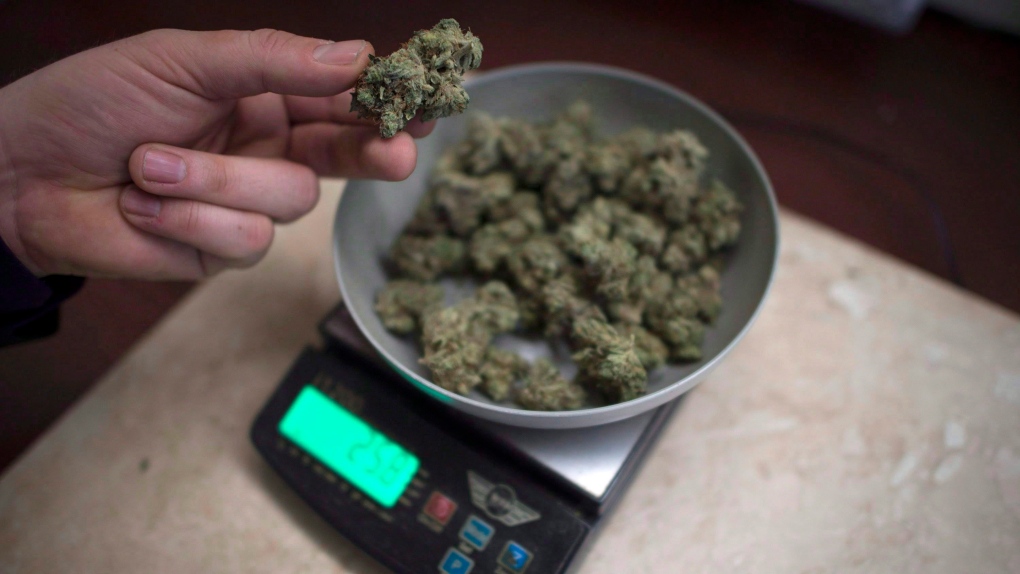 Marijuana is weighed at a medical marijuana dispensary, in Vancouver, Wednesday, Feb. 5, 2015. (THE CANADIAN PRESS/Jonathan Hayward)

HALIFAX -- A Halifax-based law firm has launched a class-action lawsuit against Canopy Growth (TSX:WEED) and its subsidiary Mettrum over recalls of medical marijuana that contained unauthorized pesticides.

In a statement of claim filed with Nova Scotia's Supreme Court, Wagners alleges that Mettrum breached its contract with consumers and that its development, distribution and sale of medical marijuana was negligent.

A spokesman for Canopy Growth said Tuesday the company will "vigorously" defend itself against the lawsuit.

Lawyer Ray Wagner says representative plaintiff Neal Partington, a house painter from Nova Scotia, says he suffered severe nausea and vomiting over the six months that he was taking Mettrum products to deal with symptoms of an injury.

Wagner says it could take six to eight months before the court decides whether to certify the class-action lawsuit.

The allegations in the statement of claim have not been proven in court.

Canopy Growth CEO Bruce Linton has said that the use of unregistered pest control products was "inexcusable" but that Health Canada had determined the pesticide wasn't likely to cause any adverse health consequences.