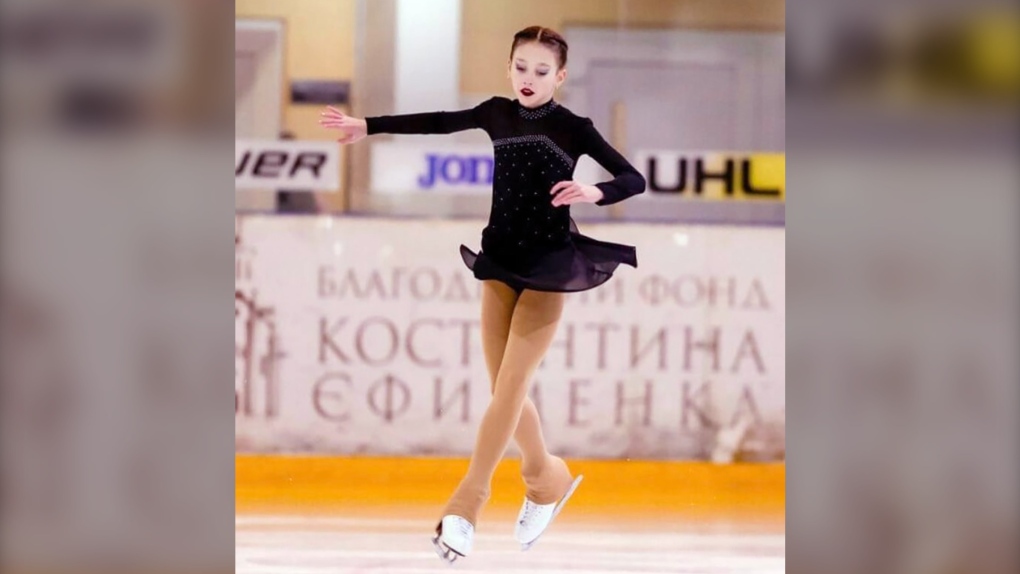 Michael Holden, a St. John's man who has helped the girl and her family settle into their new home, said the skates were the only thing Lisa Martynenko took with her when her family left their home behind earlier this year.
ST. JOHN'S, N.L. -

A community effort is underway in St. John's to replace a pair of figure skates stolen from an 11-year-old Ukrainian girl who arrived in Newfoundland this summer after fleeing the war in her country.

The skates were the only thing Lisa Martynenko took with her as she and her family left their home behind, said Michael Holden, who has helped the Martynenkos resettle in St. John's.

When her mother discovered the skates had been taken from the family car early Wednesday morning, Holden said she was devastated.

But by Thursday afternoon, her question was all but answered: donations were pouring in to an online fundraising effort to replace the cherished skates. As of 4 p.m., more than $1,600 had been raised.

"So many people have shared it now," Holden said. "It's tremendous."

The Martynenko family arrived in St. John's on June 6, aboard a plane chartered by the provincial government. The Newfoundland and Labrador government set up a satellite office in Warsaw, Poland, earlier this year in an effort to help Ukrainians fleeing Russian attacks on their country relocate to Canada's easternmost province.

Anastasiia Martynenko, Lisa's mother, had been at the St. John's airport on Tuesday night, helping the provincial government welcome a fourth chartered plane from Warsaw carrying 187 Ukrainians. She got home at about 1 a.m. on Wednesday, knowing she'd have to be back in the car again in five hours to take Lisa to figure skating practice.

The Martynenkos' car has a finicky door that doesn't always lock securely, Holden said. "They never leave anything in the car except that one night."

Security camera footage from a neighbour shows a man walking away with Lisa's bright pink skate bag slung over his shoulder at about 5:44 that morning -- less than 30 minutes before Anastasiia would return to the car to drive her daughter to practice, Holden said.

The Royal Newfoundland Constabulary said in an email Thursday that they were investigating a report of stolen skates from a vehicle in downtown St. John's early Wednesday.

Lisa was a competitive figure skater in Ukraine, and she's continued training and competing in her new home of St. John's. The sport is expensive and the local skating club has sponsored her membership, Holden said.

"The family have come with nothing from Ukraine," he said. "They don't have the money for these extracurricular sports for their kids."

Holden said he made social media posts about the stolen skates on Wednesday, hoping maybe someone had found them or seen them, and they could be returned. He was instantly inundated with messages from people wanting to help.

"People were writing, 'I'll replace the skates, tell me how to do this,"' he said. But skates for serious competitors can cost thousands, so Lisa's coach set up a crowdfunding campaign hoping to get $2,000 in donations.

Within just a few hours, it was clear the campaign would easily hit that goal and that Lisa would soon have a new pair of skates. They may even be broken in enough to feel as good as her old pair by Christmas.