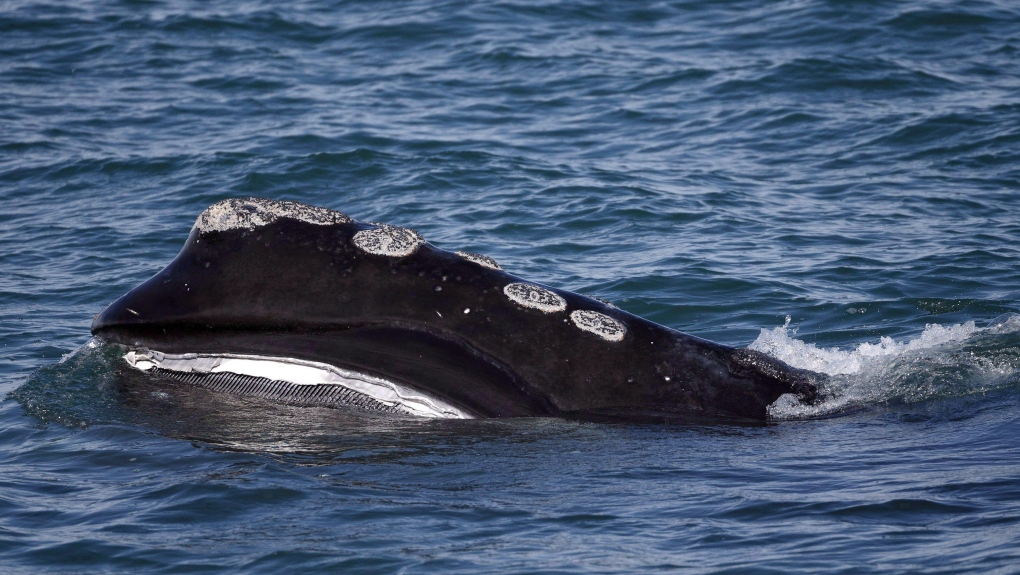 In this Wednesday March 28, 2018 photo, the baleen is visible on a North Atlantic right whale as it feeds on the surface of Cape Cod bay off the coast of Plymouth, Mass. THE CANADIAN PRESS/AP, Michael Dwyer

FREDERICTON -- The Department of Fisheries and Oceans is implementing the first season-long fishing closure of the year after North Atlantic right whales were spotted in the Gulf of St. Lawrence.

DFO says a cluster of eight grids in the middle of the Gulf will be closed until November 15.

In a release, the department says the closure is expected to have minimal impacts on nearby fishing areas for crab, lobster and groundfish.

The new, dynamic closure protocol replaces the static closure area that was in place in 2018 and 2019.

The protocol is aimed providing enhanced protections for the endangered whales by closing areas where they are gathering.

There are only about 400 of the animals left in existence.

This report by The Canadian Press was first published May 20, 2020.