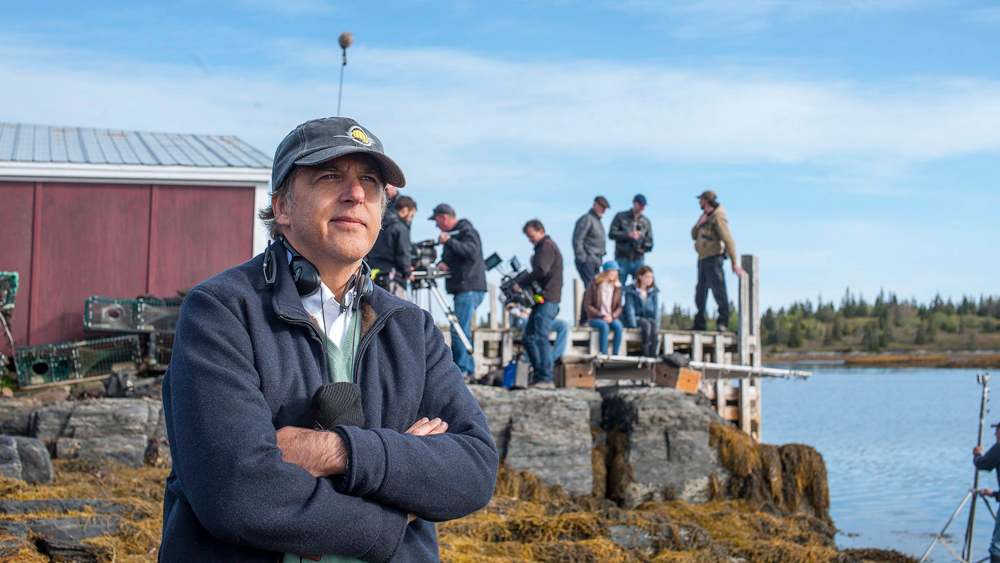 Writer-Director Paco Arango, who recently finished shooting his latest feature film "The Healer" in Nova Scotia, says he will donate $500,000 from his fees and the film's eventual proceeds to help seriously ill kids. Arango is shown on the set of "The Healer," in Nova Scotia in a handout photo. (THE CANADIAN PRESS/HO-Chris Reardon)

HALIFAX -- Writer-director Paco Arango's latest film could be seen as a natural extension of his driving purpose -- to brighten the lives of children stricken with cancer.

Arango, who recently finished shooting his latest feature film "The Healer" in Nova Scotia, says he will donate $500,000 from his fees and the film's eventual proceeds to help seriously ill kids.

The Spanish filmmaker said he has been working with children with cancer for the past 15 years.

"I started as a volunteer in the year 2000 and it's taken over my life," Arango said in an interview.

He eventually established his own foundation in Spain and is a board member of the SeriousFun Children's Network, an organization founded by actor Paul Newman that operates 30 camps for seriously ill children in several countries around the world.

Arango said he intends to give his donation to the camps with a portion also going to the IWK Children's Hospital in Halifax.

Production on "The Healer," shot in Lunenburg, Aspotogan and Halifax, began in June and wrapped up on Wednesday.

It's the story of a man who moves to a small Nova Scotia town where he offers his services as an electrical repair man known as The Healer. It turns out the character played by Oliver Jackson-Cohen is actually a mystical healer and the film follows his journey as he decides what to do after discovering his gift.

Arango describes the film as a feel-good story intended to make people laugh while shedding a tear or two.

"The object of the film is to open hearts," he said. "I always say that movies when they are good are the biggest hypnosis session . . . so strong messages can hit your heart."

That message wasn't lost on 14-year-old Canadian actor Kaitlyn Bernard, who plays the character Abigail, a girl with terminal cancer who is wise beyond her years.

Bernard is donating $15,000 from her earnings to children's camps run by the Canadian Cancer Society. The Vancouver native is also setting up her own initiative to be known as Just Breathe, a poem her character recites in the film.

Bernard said her research for the film and meeting a young Halifax cancer advocate who has since died, had a big impact.

"That's the main reason why I'm helping because I want kids to be kids and to be normal and be with other kids," she said.

Arango has already matched Bernard's donation and says the teen is on her way to doing something incredible for her age.

"The chain of love in helping children is contagious," said Arango. "It happened to me, it's happening to her and it's great."

Arango said plans are to release "The Healer" sometime in 2016.