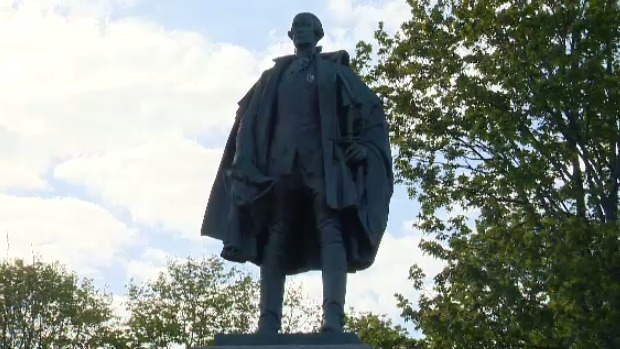 Plans to revitalize a popular park in Halifax have hit a snag thanks to its name, which some consider deeply offensive.

Protesters gathered in Cornwallis Park Wednesday evening, an hour before a public meeting on the green space.

The issue has been raised several times in recent years.

Although Edward Cornwallis is lauded as the father of Halifax, many people, especially Mi'kmaq, point out he took steps to wipe out their ancestors.

Many say it’s time to remove Cornwallis' name from streets, schools, and the park.

“Cornwallis was the founder of Halifax, but he waged a brutal and genocidal war against the Mi’kmaq people in this area, but from the name of this park, we don’t see that history at all. We just see a man on a statue that celebrates a very small piece of his history.”

Protesters then moved on to a public meeting on the park's future, hosted by a local councillor.

The city is looking to rejuvenate the space into a more active place.

Coun. Waye Mason acknowledged the group's concerns, saying a discussion on the name will have to happen in the near future.