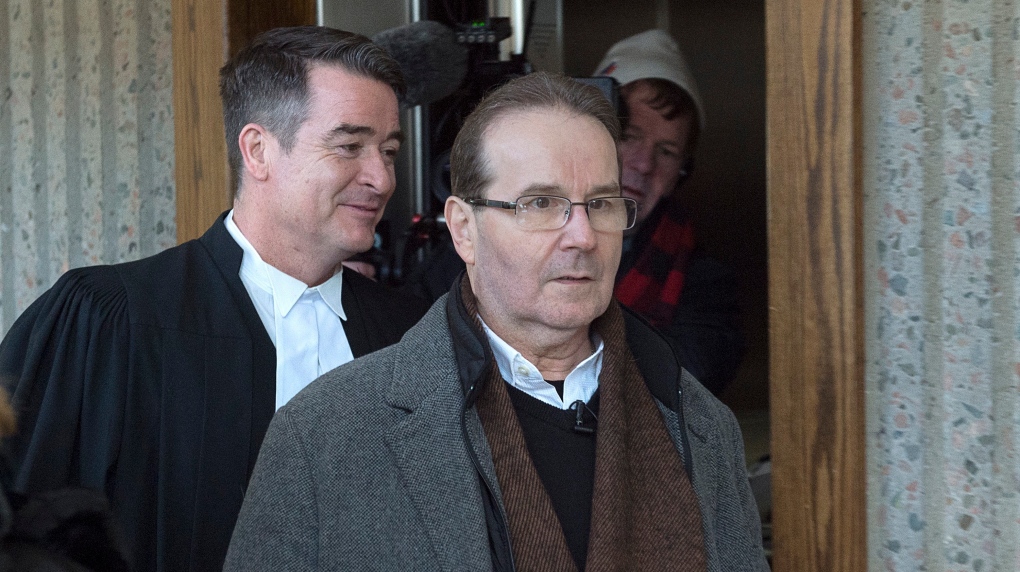 HALIFAX -- A defence lawyer who fought to free Glen Assoun from a wrongful conviction for murder says evidence erased by the Mounties would have helped Assoun win his appeal and spared him eight more nightmarish years in prison.

"What I feel right now is a sense of sadness for Glen .... The system failed so miserably," Jerome Kennedy said in a telephone interview.

"There is no doubt in my mind that if this information had been disclosed, Glen's appeal would have been successful."

He said an independent probe into the case is needed. "This is normally the kind of thing that public inquiries examine," said Kennedy, who after representing Assoun went into politics and served as attorney general of Newfoundland and Labrador.

Kennedy's bid to have Assoun released was denied on Jan. 17, 2006 by three judges of the Nova Scotia Court of Appeal.

Assoun, now 63, has said in an interview that he suffered heart attacks, beatings and sank into depression when he was sent back behind bars in the wake of that decision.

A federal Justice Department report made public Friday revealed that the RCMP chose not to disclose an investigator's theories of other suspects -- including multiple murderer Michael McGray -- in the 1995 killing of Brenda Way.

The department's preliminary assessment, which led to Assoun's release in 2014, said the evidence was erased or thrown away in the lead-up to the appeal. The report was made public after an application by The Canadian Press, the CBC and the Halifax Examiner.

Kennedy said if he'd known McGray -- currently imprisoned for seven murder convictions -- was considered a suspect by an RCMP investigator, it would have backed a theory he was already advancing before the Court of Appeal.

McGray has denied killing Way, saying he wouldn't make another person serve time for a crime he didn't commit.

However a retired RCMP officer hired by Kennedy, Fred Fitzsimmons, had gathered evidence that McGray lived near Way's apartment in 1995 and should be considered a suspect. The Appeal Court ruled that evidence to be inadmissible "hearsay," appearing to instead accept a Halifax police memo that left McGray's whereabouts unclear.

Kennedy said he recalls first meeting Assoun in Dorchester Penitentiary and listening to him "scream" that he was innocent.

After he took on the file, Kennedy sent several notes to the Crown in the fall of 2004 that specifically asked for disclosure of police files about McGray and statements from McGray's former girlfriend.

He also asked for information about McGray from the Violent Crime Linkage Analysis System, or ViCLAS -- a national database that makes links between cases based on the behaviour of violent murderers like McGray.

Kennedy wrote at the time he wanted to know more about McGray because the way in which "Brenda Way's throat was cut ... was the standard modus operandi Mr. McGray used in killing his victims."

He did not know -- as the preliminary assessment has now revealed -- that a series of "work sheets" about McGray had already been created by an RCMP investigator and analyst, Const. David Moore, in 2002-2003.

The federal report by Justice Department lawyer Mark Green says Moore had gathered a large amount of material, from both the ViCLAS system and regular investigations.

Moore told Green he was able to place McGray in the immediate area where Way worked and lived by analyzing where the serial killer received his welfare cheques in 1995. The RCMP investigator also exchanged personal correspondence with McGray and says he assessed his psychiatric reports.

In addition, Green's report says Moore also looked at Avery Greenough, a serial sex offender, including identifying the possibility that he owned a vehicle similar to the one seen near the Way murder scene.

In early 2005, Moore sent memos to RCMP Insp. Leo O'Brien, the head of the ViCLAS unit, asking how to disclose his findings to the officers leading the investigation. However, O'Brien -- who had received emails indicating that Kennedy was seeking disclosure -- replied "he was not in a position to do anything," says the federal report.

Moore was transferred in mid-March 2004, and his work on the Brenda Way murder was later erased and hundreds of documents he kept in banker boxes and a timeline chart disappeared, says Green's report.

For Kennedy, these revelations are "astounding" as he thinks back to the events between 2004 and his frustrating appeal effort.

After taking on Assoun's case, he received a box of Crown materials that he sat reading in his St. John's, N.L., office, and was startled to discover the 1999 trial, at which Assoun defended himself, included disclosure of other potential suspects.

"There was a separate volume labelled 'other suspects,' and I read it with amazement ... none of that had come out," he recalled.

It became an important line of inquiry, prompting Kennedy to hire Fitzsimmons and to try to introduce the findings as "fresh evidence" before the Court of Appeal.

He says fresh evidence is critical in cases like this, as it often leads appeal courts to order a new trial because the jurors made their decision without seeing relevant information.

"But we had nothing objective .... If we had information from the police showing that they considered McGray a suspect, that certainly would have carried weight with the Court of Appeal, looking back on it now," he said.

In the federal report, Green says disclosure is required from police when evidence is considered relevant to a case, and where there's "any information that has a reasonable possibility of assisting the defence in making full answer."

David Currie, a professor of criminal law at the Schulich school of law at Dalhousie University, says he believes there was a legal obligation to disclose the material Moore had pulled together.

"If we accept it was not done in bad faith, it was still a violation of policy, and that policy is a very important one; data that amounts to undisclosed evidence on a file that has had any activity on it should be the data that's protected most assiduously, not being left vulnerable to 'accidental' deletion," Currie wrote in an email.

Jerome Kennedy says he never forgot losing the case. The last task he undertook before leaving his law practice to run for office in 2006 was to write a 60-page memo that he sent to Innocence Canada asking them to consider taking on Assoun's case.

It was read by lawyer Sean MacDonald, who started working on the file that eventually freed Assoun in 2014.

The RCMP has now confirmed Moore's documentation should not have been destroyed in 2004, however it said in an email some of the information Kennedy requested "is not generally disclosed" to defence counsel and there was no malice intended in the destruction of evidence.