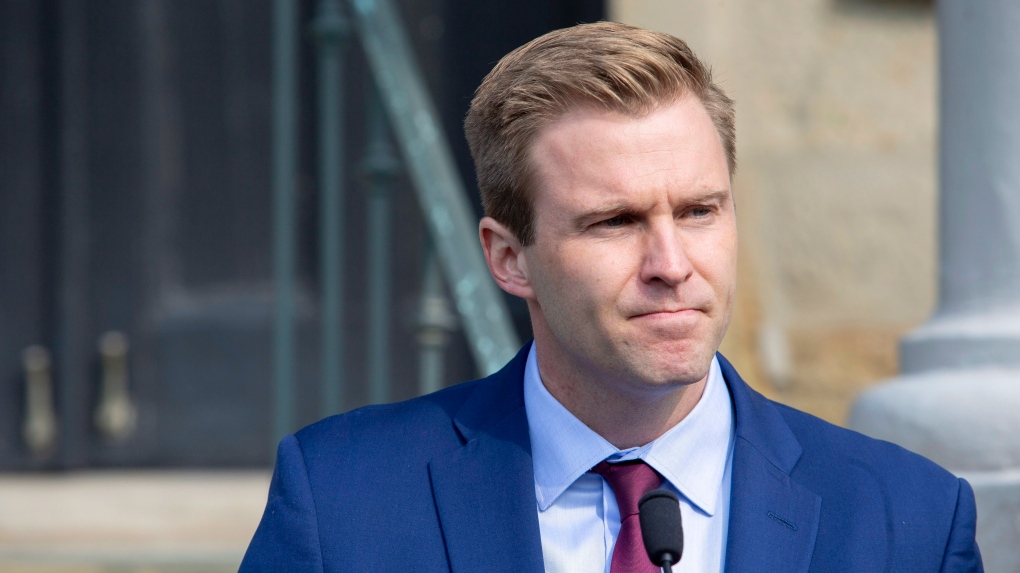 A week after New Brunswickers voted in a provincial election that proved to be a surprising cliffhanger, confusion remains over who will lead the province. But it doesn't have to be this way, according to advocates and experts.

The problem, says Duff Conacher of Democracy Watch, is that the rules that purport to govern what happens after an inconclusive election are unwritten conventions that don't necessarily apply to New Brunswick.

"If you want to have a fair and democratic legislature and a fair election ... you need these rules written down," says Conacher, an adjunct law professor at the University of Ottawa.

On election night, Premier Brian Gallant's incumbent Liberals won 21 seats -- one fewer than the Progressive Conservatives under Blaine Higgs. With 49 seats in the legislature, and two smaller parties with three seats each, neither major party has enough seats to form a majority.

Still, Gallant has insisted that under an unwritten constitutional convention, incumbent premiers are always given the first opportunity to form a government by recalling the legislature and testing the confidence of elected members -- even if the incumbent party has fewer seats than their rivals.

Gallant has said the legislature will convene for a throne speech by Oct. 23 at the latest.

Higgs has cited another convention, which states that the party with the most seats should be called on by the lieutenant-governor to form a government as soon as possible.

The problem is that neither man is right, Conacher says.

The conventions cited by Gallant and Higgs only apply to the jurisdictions where they have been used for years, he says.

The last time New Brunswick had a minority government was almost 100 years ago, which means the province doesn't have any of its own conventions to determine what should be done.

The conventions established by Ottawa and the other provincial governments can provide guidance, but they are not considered definitive, he says.

Having faced similar challenges in the past, the parliaments in the United Kingdom, Australia and New Zealand have all spelled out their post-election conventions in so-called cabinet manuals.

"They haven't had any problems with their minority government parliaments since," says Conacher. "Why? Because everyone knows the rules."

If the cabinet and the legislature comply with these written rules for several years, then they become constitutional conventions.

"It would reduce uncertainty, but not remove it," says the University of Toronto professor emeritus.

In Britain, for example, the cabinet manual clearly states that when an election does not result in a majority for a single party, the incumbent government is entitled "to wait until the new parliament has met to see if it can command the confidence of the House of Commons, but is expected to resign" if it becomes clear it is unlikely to secure enough support.

If such a rule was in place, Russell says, New Brunswick's Tory leader would be prevented from describing himself as "premier-elect," a term that doesn't really exist anyway because premiers are not directly elected.

And if a government tried to violate one of those written conventions, the Speaker of the legislature and the lieutenant-governor would both be justified in saying no to the premier, Conacher says.

But there's a catch.

Since cabinet manual rules are typically non-binding, Democracy Watch says some key rules should be made law, including rules about which party gets to try governing first, when the legislature will open and how a vote of non-confidence is defined.

However, such laws would be difficult to pass, says Mark Walters, a professor of constitutional law at McGill University in Montreal.

Conventions codified as legal rules would probably require a formal constitutional amendment, mainly because such a set of laws would affect the office of the lieutenant-governor -- the Queen's representative at the provincial level.

"Perhaps the real obstacle to replacing the conventions with written legal rules is just the complexity of the task," Walters said.

"To move to a different system based upon clear and strict rules would really require wholesale constitutional change. It's possible, but it would be a daunting task of constitutional writing that would open up many other aspects of our system of constitutional government to critical scrutiny."

Conacher says the eight rules Democracy Watch has contemplated at the provincial level would not require that much effort because each change could be enacted through a simple act of parliament.