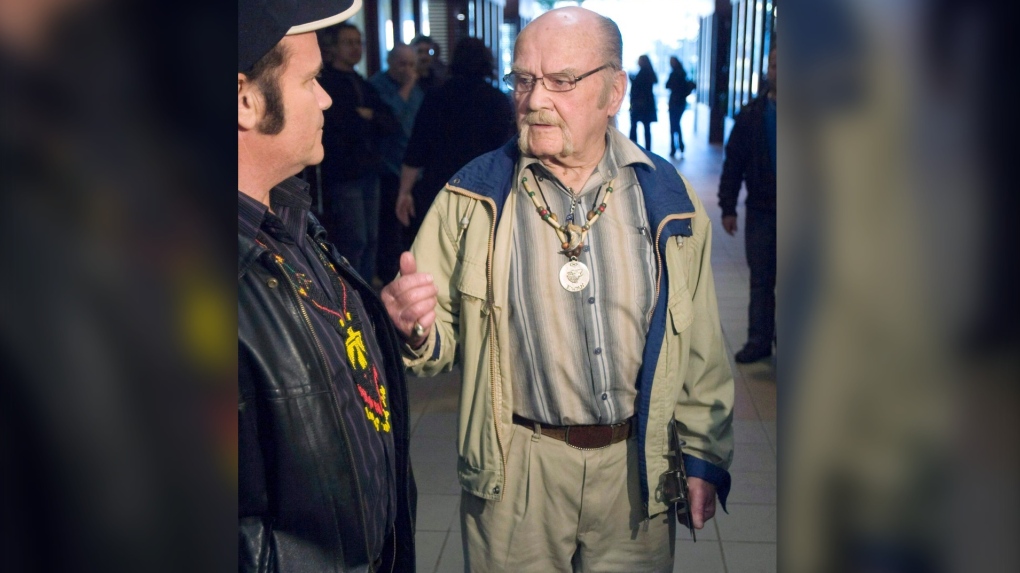 Jackie Vautour remained on his property, on the east coast of the province, after the park was created in 1969, living in a cabin without electricity until his death in February. THE CANADIAN PRESS/Andrew Vaughan

FREDERICTON -- Tensions are escalating between Parks Canada and the family of the late Jackie Vautour over who is the rightful owner of property in New Brunswick's Kouchibouguac National Park.

Vautour staged a 50-year battle against expropriation of the land before his death in February of this year, claiming he was Metis-Acadian and the land is unceded Mi'kmaq territory.

Parks Canada has written two letters since early April seeking to have Vautour's belongings removed from the property and accusing the family of trespassing.

He turned down an offer by Parks Canada to move any structures and belongings from the land, and lawyer Michael Swinwood of the non-profit organization Elders Without Borders sent a letter to Parks Canada. The group describes itself as being dedicated to preserving the teachings of Indigenous elders.

"Please be advised that we hereby put you on notice that nothing is to be disturbed at the residence of Mme. Yvonne Vautour in the unceded, unsurrendered Mi'kmaq territory," Swinwood wrote. "Elders Without Borders continues to act for Keptin Stephen Augustine, of the Mi'kmaq Grand Council, and will hold Parks Canada liable for any trespass on the Vautour land, and seek elevated damages should this notice not be adhered to."

Augustine says the land is unceded Mi'kmaq territory, and he has told the Vautours they can continue to live on it.

James Rossiter, a lawyer for Parks Canada wrote back to Elders Without Borders on April 29, to say Augustine's claim is an assertion of title and "final proof of the claim cannot be assumed and it not imminent." The issue is before the courts but at the earliest procedural stages.

The Parks Canada letter goes on to say "occupation of the land in Kouchibouguac National Park at the site of the Vautour encampment" is illegal under the Canada National Parks Act and constitutes trespassing and a public nuisance.

"With the passing of Mr. Vautour, so too has passed the basis for leniency with the continuation of unlawful occupation. Continued inaction by Parks Canada can no longer be supported," Rossiter wrote.

Elders Without Borders responded to the second letter by warning Parks Canada against trying to remove property from the land and casting the federal agency as the occupier.

"Any action by Parks Canada to act as an administrator of unceded and unsurrendered Indigenous lands will amount to trespass. Please govern yourselves accordingly," the organization wrote.

Edmond Vautour has moved a trailer onto the property and said he plans to spend the summer and fall there with his mother and brother. He said he'll meet on Sunday with lawyers and representatives of 68 other families who were expropriated from the land.

Parks Canada officials declined comment, referring to a public statement issued April 14. In the statement, the agency says it is seeking to honour the past while looking to the future of Kouchibouguac National Park. And it repeats the offer to help the Vautours remove their belongings from the park land.

This report by The Canadian Press was first published May 14, 2021.