'Preserving the memories and experiences of those servicemen and women means more than simply understanding the history of those momentous times,' Ken Hynes, chief curator, Army Museum Halifax Citadel

HALIFAX -- Old photographs and drawers filled with donated military medals are among the last reminders of a generation that stood up to Adolf Hitler’s fascism.

Nearly 75 years after the guns fell silent across Europe, the ranks of Canadian veterans, numbering more than 1 million during the Second World War, are thinning dramatically.

That number is remarkable considering in 1939, Canada only had a population of about 11 million.

“It won’t be long before there is no one left who can speak to the service and sacrifice of those sailors, soldiers, aviators who created a place for Canada in the establishment of international order during the post-war period and during the Cold War,” says Chief Curator Ken Hynes, Army Museum Halifax Citadel. 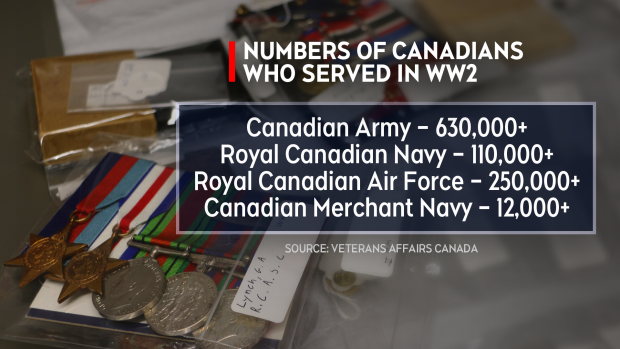 Among them, 98-year-old Norman Crewe. He served in Canada’s Merchant Navy during the war years, making a number of trans-Atlantic trips through U-boat invested waters.

Statistics from Veterans Affairs Canada show, as of March 2019, about 33,200 Second World War veterans are still alive, with the average age -- 94.

According to statistics from south of the border, of the 16 million Americans who served during the war, less than 390,000 were left in 2019. About 290 are believed to die each day.

As the numbers dwindle, concerns over losing first-hand knowledge of the war grows.

Hynes says, like the First World War, the stories of these veterans and their experiences may be forgotten.

“The further removed we become from the great events of history, the more frequent the actions of that generation become those easily confused with myth or fantasy,” Hynes told CTV News in an email.

Among the tens of thousands of stories at risk of being lost to the ravages of time, that of Pte. Howard William Pelly of Guysborough, N.S. 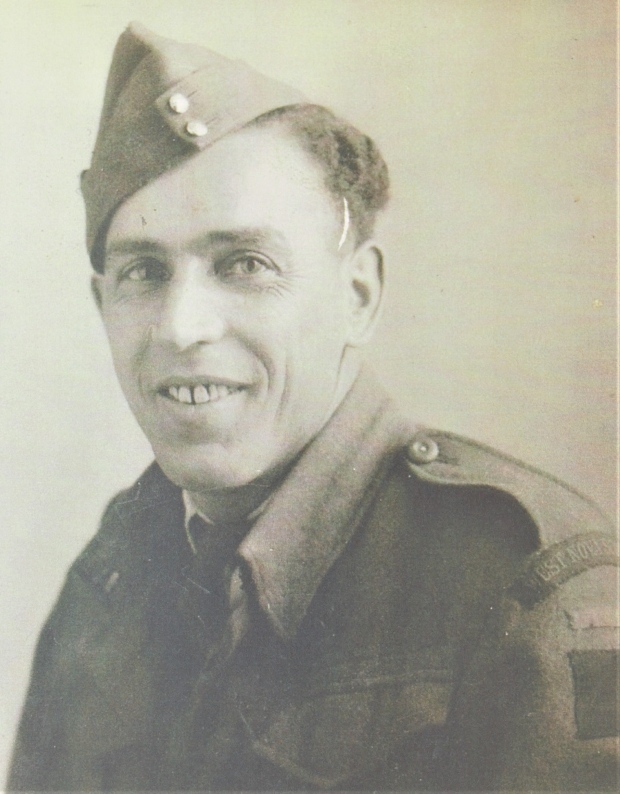 Pelly was a member of the West Nova Scotia Regiment when on Sept. 20, 1943, south of the Italian city of Potenza, he was ordered to stay with a wounded officer, and keep an eye on a captured German half-track vehicle.

After the rest of the platoon moved out, the enemy moved in. Pelly stood his ground, opening fire with his Thompson Machine Carbine, and throwing grenades, ultimately putting an end to the attack.

For his actions, he was awarded the Military Medal, recommended by, among others, the famous British general, Field Marshal Bernard Montgomery. 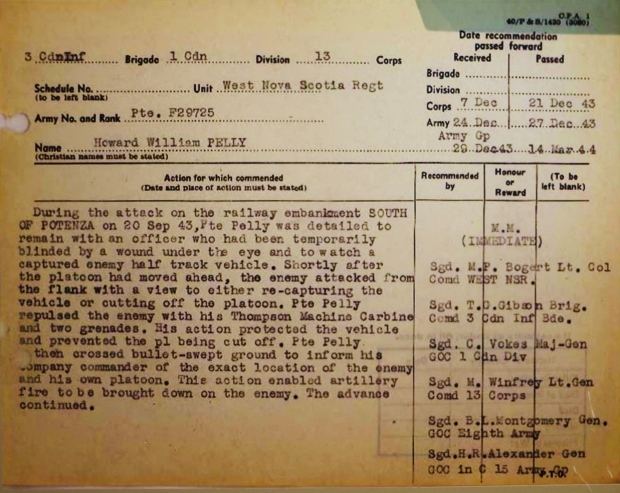 What adds to this story, Pelly was part of the African Nova Scotia community. At the time, black recruits encountered resistance trying to enlist, but unlike the First World War, no segregated battalions were created.

After the war, he returned to Nova Scotia, where, among other things, he spent 19 years working for the department of highways.

He married, and had two kids.

The question now is: How to keep these stories alive?

According to Hynes, with fewer voices, it's tough to relate to the concept of selfless service in a cause like the Second World War.

“They were real flesh and blood, with the same hopes and dreams that we all have,” he says. “They were fathers, mothers, brothers and sisters, sons and daughters, who gave everything they had, to fight for a better world.”

“That link is best forged by placing the dangers, trials and tribulations of WWII into a modern context and asking the question, what would they have done?” 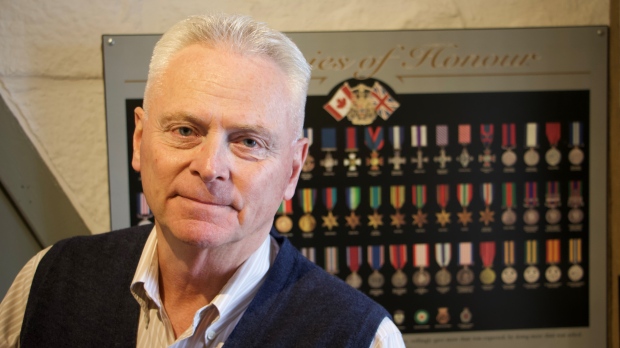