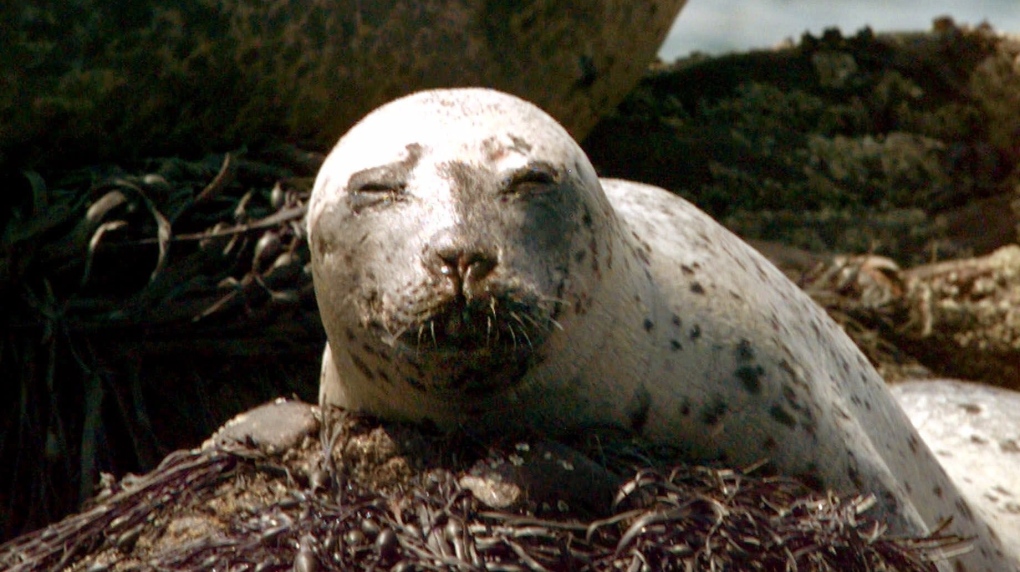 A young harbour seal lounges near Cundy's Harbor, Maine on Tuesday, Aug. 8, 2000. Ottawa is establishing a research team to study the impact of seals on fish populations in Atlantic Canada. (THE CANADIAN PRESS/AP/Pat Wellenbach)

ST. JOHN'S, N.L. -- Ottawa is establishing a research team to study the impact of seals on fish populations in Atlantic Canada.

A statement from the department said the work is meant to ensure management decisions for seals and sea lions are made with the best available science, in order to sustain "healthy and productive" ecosystems.

Fisheries and Oceans Canada says the announcement comes in response to concerns from harvesters about seal predation of commercial fish stocks.

The team will be chaired by a Fisheries and Oceans official and Glenn Blackwood, vice-president of Memorial University's Fisheries and Marine Institute.

Six to 10 people from the fishing industry and other groups with expertise in Atlantic fisheries will participate for up to one year, with the names of participants to be finalized in the coming weeks.