For sale: Ruins of 100-year-old arena in Moncton hit the market

For sale: Ruins of 100-year-old arena in Moncton hit the market 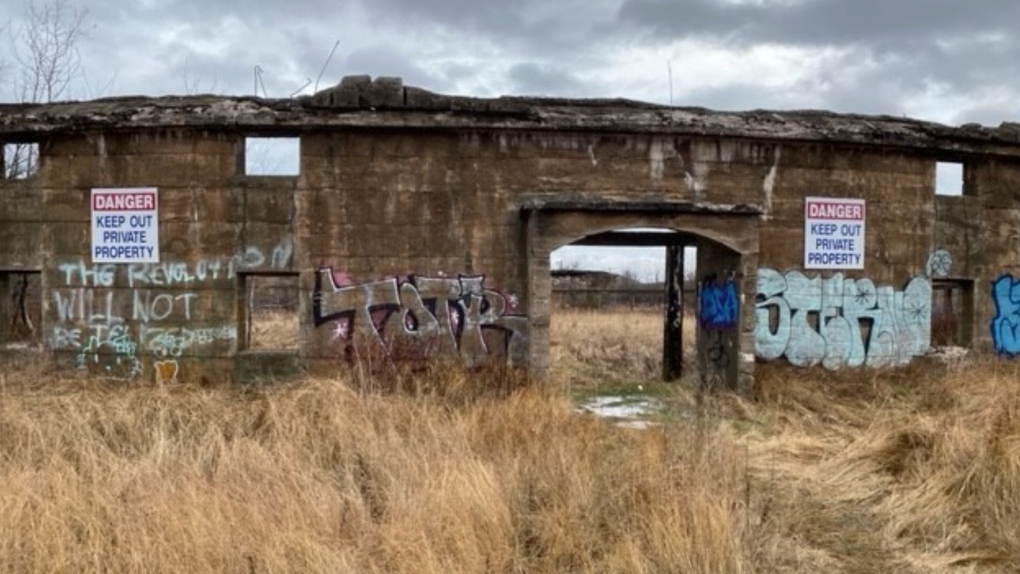 Built in 1921 by local contractor Robert Donald, the Sunny Brae Arena was a big attraction in the Greater Moncton, N.B., area until fire destroyed it in 1928.

Nestled in the tall grass of Moncton's marsh, mostly hidden from sight, lies the ruins of what was once the largest indoor rink in the Maritimes.

Built in 1921 by local contractor Robert Donald, the Sunny Brae Arena was a big attraction in the Greater Moncton, N.B., area until fire destroyed it in 1928.

The circular rink with a conical roof was home to many hockey teams and used as a concert venue in the summer.

Lawren Campbell is the heritage and cultural coordinator for the City of Moncton at the Resurgo Place museum, not far from where the ruins are.

"It's so unique looking and it inspires that Roman amphitheatre kind of feeling to it, which was some of the inspiration when it was built. The fact that it's still up, 100 years, and it's ruins, really has that ancient, mystical kind of visual and atmosphere to it," said Campbell.

The lot, and what's left of the concrete structure, have been on the market for about two months, but it's complicated. 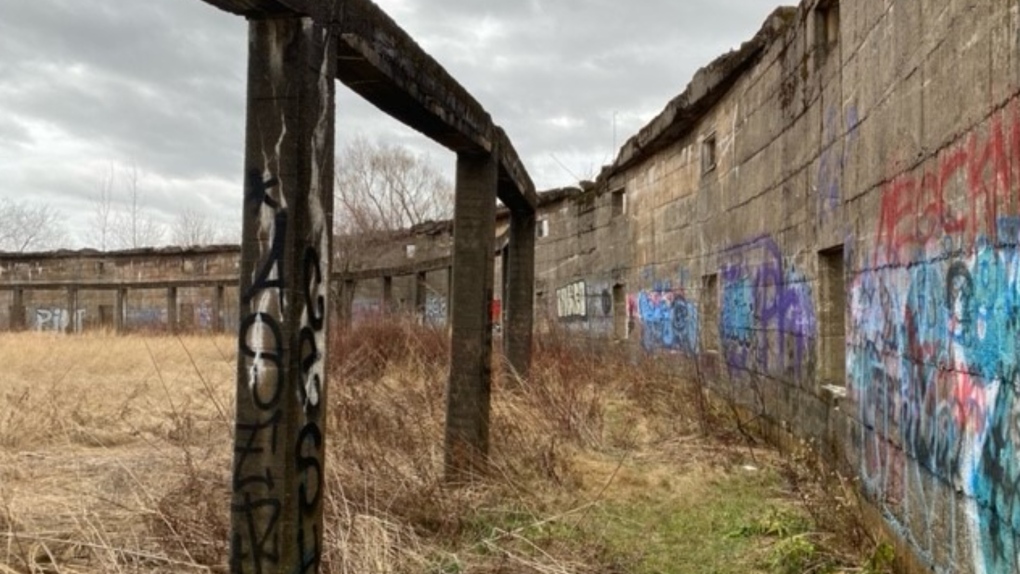 An image showing the ruins of a century-old arena in Moncton, N.B., taken on Dec. 6, 2022. (CTV Atlantic/ Derek Haggett)

Part of the 2.8 acres of land borders on the Petitcodiac River.

Realtor Mathieu Blanchard said there is also the railroad that is bordering the lot, which contractors cannot build within 30-metres of.

"Those are two objections that we are facing, but at the end of the day, the land is big enough to overcome both of those objections," said Blanchard.

The land is located near both hospitals, CF Champlain mall and Université de Moncton.

Blanchard thinks the land would be perfect for a small apartment building, but only an eight-unit building can be constructed.

"It's just a matter of investing the money into the property and being patient with the zoning and dealing with the city and come to an agreement to put the best project in place," said Blanchard.

Some Moncton residents don't even notice the old arena because it's tucked away in the marsh. Many don't even know what it once was.

"Eighty years it's been ruins. So, it's not like it was a structure in people's minds that they can really remember as an active rink," said Campbell. "It was always just ruins. Even people that only moved here maybe 20 years ago, 30 years ago could easily think, 'Oh, it's got to be something with the railway,' and not know what it actually is."

In 1926, big band leader John Phillip Sousa played in front of 2,000 people inside the rink and thousands more outside on the grass.

"If there was a rock star in the marching band world, which was a big deal back in the '20s, he would be it," said Campbell. "It was like the Rolling Stones coming to Moncton."

Nestle Canada says it is winding down its frozen meals and pizza business in Canada over the next six months. The four brands that will no longer be sold in the freezer aisle at Canadian grocery stores are Delissio, Stouffer's, Lean Cuisine and Life Cuisine.

A paramedic signing off for duty for the last time got choked up and teary-eyed during his final radio call to colleagues.

Hundreds of customers who scan QR codes for restaurant menus across Canada are being surprised by secret menus instead, revealing the hidden costs behind the food they eat.

One of Saskatchewan’s oldest hockey rinks has garnered national attention for its unique features and unusual design.

The U.S. is tracking a suspected Chinese surveillance balloon that has been spotted over U.S. airspace for a couple days, but the Pentagon decided not to shoot it down due to risks of harm for people on the ground, officials said Thursday.

Six more weeks of winter? Here are the predictions of groundhogs across North America

Will we see six more weeks of winter, or an early spring? Here’s what some of the groundhogs (and one human) have predicted so far, from coast-to-coast.