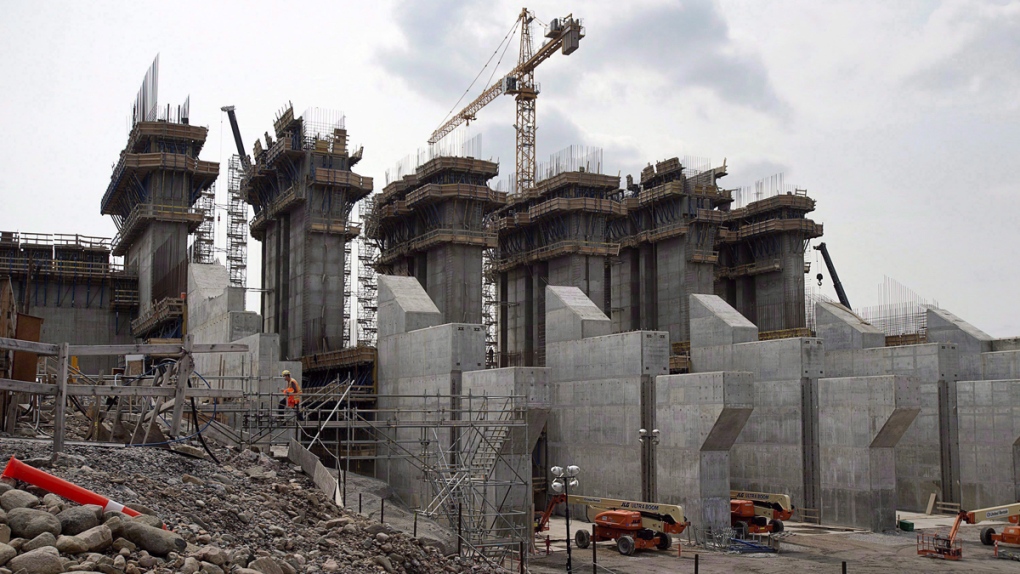 The newly appointed head of the company leading the troubled $9.2 billion Muskrat Falls hydro project in Labrador says reviewing the development will be an immediate priority. (Andrew Vaughan / THE CANADIAN PRESS)

ST. JOHN'S, N.L. -- The newly appointed head of the company leading the troubled $9.2 billion Muskrat Falls hydro project in Labrador says reviewing the development will be an immediate priority.

Marshall said he would launch an immediate review of the company and the over-budget, behind-schedule megaproject.

"When these things get off track, it's a very poor sign, they tend to go from bad to worse," he said. "So we need to find out where this thing really is...I am concerned, very much. I've had concerns about Muskrat Falls from the beginning."

First power, which was originally to be generated by 2017, is now delayed until sometime in 2018.

Nalcor has most recently estimated its costs at just over $7.6 billion while Emera's are almost $1.6 billion.

Marshall wouldn't say whether stopping the project is a possibility.

"There's always a point in any project where the cost of going forward is not worth it...hard to say," he said.

Ball praised Marshall's 35-year record with Fortis, and defended the decision to appoint him without a formal search process.

"I think not accepting Mr. Marshall to lead the company at this point would not have been the right decision for me," said Ball. "I think the evidence is really in the experience he's had in his own career."

Ball says a further announcement is coming regarding Wednesday night's resignation of the remaining Nalcor board members.

-- By Ruth Davenport in Halifax