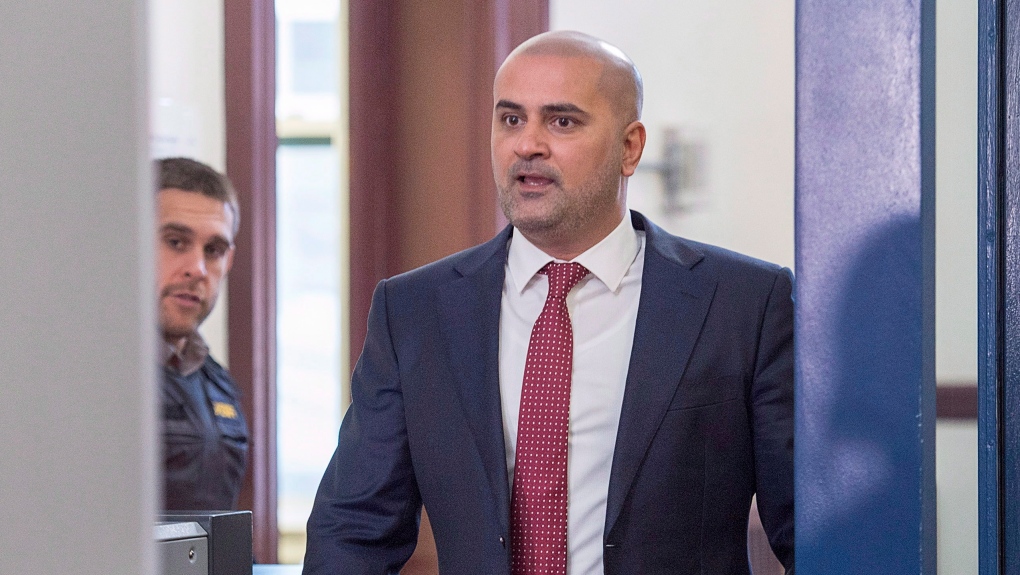 Former taxi driver Bassam Al-Rawi arrives at provincial court in Halifax on Monday, Jan. 7, 2019 for his retrial on a charge of sexual assault. (THE CANADIAN PRESS/Andrew Vaughan)

HALIFAX -- A former Halifax taxi driver facing a high-profile retrial for sexual assault has been committed to stand trial for a second alleged sexual assault.

There is a publication ban on the evidence.

Al-Rawi is to appear in Nova Scotia Supreme Court on March 7.

Police had decided in March 2013 there was insufficient evidence to charge Al-Rawi in the case, but took another look at the file in 2017 and decided there were grounds for a sexual assault charge.

Al-Rawi is also facing a retrial on a charge of sexual assault in a separate incident in May 2015, after an unconscious woman was found in the back seat of a cab naked from the waist down.

Al-Rawi's retrial in that case was ordered after an acquittal was overturned in January 2018 by the Nova Scotia Court of Appeal.

The retrial got underway last month, and is expected to continue April 15.

The acquittal, after the judge found there was no evidence of lack of consent, drew national attention.

Judge Gregory Lenehan's comment in his decision that "clearly, a drunk can consent" sparked a debate over intoxication and the capacity to consent to sex.

An independent judicial review committee last year dismissed several complaints against Lenehan, saying it found no evidence of impermissible reasoning or bias in his ruling.

But the appeal court ordered a new criminal trial, saying Lenehan erred in law by finding there was no evidence of lack of consent.