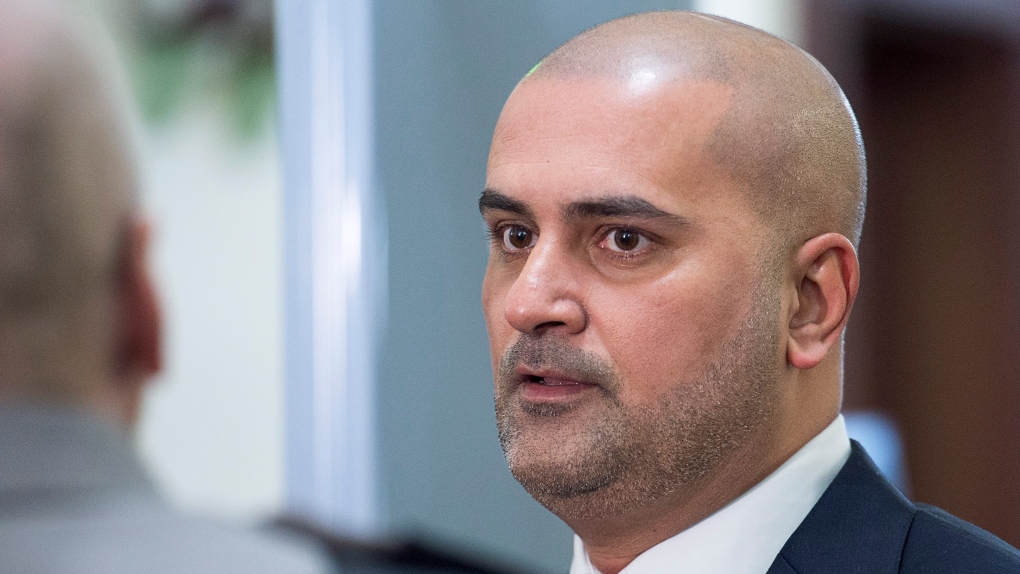 Bassam Al-Rawi arrives at provincial court in Halifax on Monday, Jan. 7, 2019 for his trial on a charge of sexual assault. THE CANADIAN PRESS/Andrew Vaughan

HALIFAX -- The high-profile retrial of a Halifax taxi driver accused of sexually assaulting a female passenger has been adjourned after hearing testimony from the complainant and from the police officer who found her unconscious and almost naked in a cab.

Bassam Al-Rawi's trial was scheduled to continue Friday in Halifax provincial court, but there were concerns raised about the translation of testimony from a forensic biologist into Arabic.

Judge Ann Marie Simmons said it is imperative that Al-Rawi understands all of the testimony, and so the trial was adjourned until April 15 to make accommodations and to hear more testimony from Crown witnesses.

"Thank you," Al-Rawi -- wearing a blue button-up sweater, white collared shirt and blue tie -- said to the judge just before the adjournment.

Al-Rawi, who is in his early 40s, faces a charge of sexual assault, after an acquittal was overturned last January by the Nova Scotia Court of Appeal.

The appeal court concluded the judge that presided over Al-Rawi's first trial in March 2017 erred in law by finding there was no evidence of lack of consent.

The retrial has heard from several Crown witnesses over four days.

A police constable has testified she found the woman, now in her late 20s, passed out and mostly naked in the back of a taxi, the driver between her legs.

The complainant, whose identity is protected by a publication ban, told the court she was drunk on the evening of May 22, 2015, and does not remember leaving a downtown bar.

She remembers standing at the bar at Boomers Lounge, and her next memory was being in a hospital with two nurses and a police officer.

The woman testified she would not have consented to sex with the cab driver.

"I simply would not consent to any manner of sexual contact with a stranger -- someone much older than me who is on the job," the woman told the retrial Wednesday.

Defence lawyer Ian Hutchison appeared to suggest during his cross-examination of the complainant Thursday that she kissed the driver during the ride from downtown, and removed her own clothes inside the cab.

"If I was to suggest to you that it was in fact you who pushed your pants down, would you be in a position to disagree?" Hutchison asked.

The retrial has been scheduled for another four days. It's not known yet if the defence will call evidence.

In his decision at the first trial, Judge Gregory Lenehan said: "clearly, a drunk can consent," a remark that sparked a national debate over intoxication and the capacity to consent to sex.

An independent judicial review committee last year dismissed several complaints against Lenehan, saying it found no evidence of impermissible reasoning or bias in his ruling.